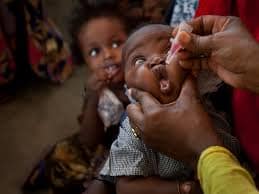 Polio is a highly contagious and dangerous disease caused by a virus that attacks the Central nervous system of humans. Poliomyelitis (Polio) is caused by poliovirus that affects mostly children younger than five years. It enters through the mouth or nose to the digestive systems and respiratory systems, and then spreads to the bloodstreams to attack the nervous system.

The virus is caused by contaminated water or food and the feces of an infected person that is not properly disposed. It is contagious and spreads through cough or sneeze, especially to those with compromised immune system, like pregnant women and children under the age of five; with the symptoms of fatigue, headache, neck stiffness, vomiting, fever and pain in the arms and legs.

According to the World Health Organisation (WHO), one in every two hundred infected persons face the risk of permanent paralysis, usually in the leg and about 5% to 10% die because they cannot use their muscles to breathe. Hence the eradication of the virus became imperative globally, to ensure a polio-free world.

Polio is said to be an ancient disease, with the first outbreak in Europe in early 1800s. The World Polio Day observed annually on the 24th of October is initiated by Rotary International, to mark the birth of Jonas Salk, the American Virologist who led the first team to develop a vaccine against the virus in 1955. Later, Albert Sabin developed the oral vaccine which came into use in 1961.

The discovery led to the establishment of the Global Polio Eradication Initiative (GEPI) in 1988, launched by Rotary International, in collaboration with WHO, the US Centre For Disease Control and Prevention, UNICEF, the Bill and Melinda Gates Foundation and various countries around the world.

As of date, several countries have been declared polio-free, but for 195 cases identified in countries like Pakistan, Nigeria and Afghanistan. Accordingly World Polio Day is a perfect event to spread awareness about the dangers of this disease and the immense need to vaccinate all pregnant women, as well as infants, so as to completely eradicate polio.

As the world celebrate the day with the theme “One Day. One Focus: Ending Polio,” there is the need for proper and improved hygiene practice by all; washing of hands, proper disposal of feces, drinking of clean water and well prepared food, as well as effective vaccination or immunization of pregnant women and infants should be key. Ensure a polio-free world.

Ministry of Information, Orientation and Strategy 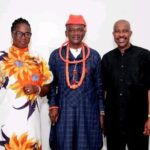