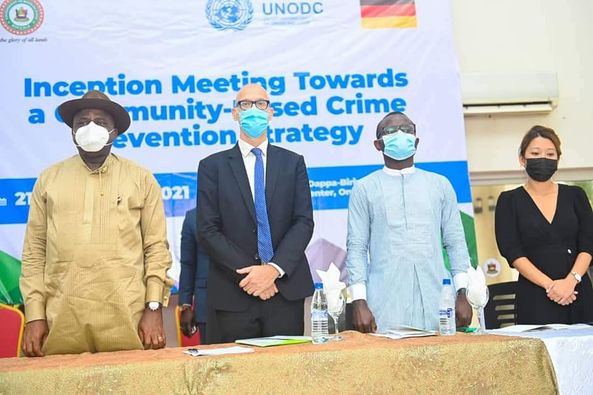 *Maritime Area Most Dangerous In The World – UNODC

Bayelsa State Governor, Senator Douye Diri, has expressed worry over the insecurity occasioned by sea piracy, drugs, human trafficking and other criminal activities in the Gulf of Guinea.

Governor Diri stated this on Tuesday at a United Nations-backed workshop on combating piracy and maritme insecurity in the Gulf of Guinea.

He spoke during the opening ceremonies of a three-day programme at the Chief Harold Dappa Biriye Conference Centre in Yenagoa.

A statement by his Chief Press Secretary, Mr. Daniel Alabrah, quoted the governor as decrying the level of insecurity in the gulf, noting that the maritime industry was the backbone to the global economy and that no effort should be spared in tackling the menace.

He appreciated the initiative of the United Nations Office on Drugs and Crime (UNODC) to curb the menace, saying that his administration would support the body to actualise the goals of the project.

The governor also expressed the readiness to host the Gulf of Guinea Security Conference in collaboration with major stakeholders in order to unravel the root causes and design a regional approach to combat the scourge.

He said: “The malady might be preponderant in the Gulf of Guinea but it is equally a crisis of global dimension. Sadly, sea piracy is not the only security threat undermining us at sea and along our waterways. It has also focused spotlights on wider complications of maritime insecurity such as trafficking and smuggling of humans, weapons, narcotics and unregulated and illegal fishing.

“Bayelsa State is prepared to provide leadership and embrace international best practices to fight and prevent crime. I have no doubt that this project would be fundamentally beneficial to our people and state. We have traditional ties, through trade, religion, culture and ethnicity across the subregion, and this creates a platform for our modern security collaboration.”

He equally called on the United Nations, its agencies and partners to support his administration to empower the youths for development opportunities and make crime induced by drug abuse less attractive.

Diri also stated that to create an enabling environment to attract investors, his administration was rejigging the security architecture of the state and the enabling laws through collaboration with relevant security agencies.

The Bayelsa helmsman also called on the federal government to ensure equity in the allocation of resources to bring about peace as a lot of evidence show that there was disquiet in the Niger Delta due to frustration resulting from unsatisfactory unequal allocation of the resources from the region.

In his opening remarks, the United Nations Country Director on Drugs and Crime, Dr Oliver Stolpe, revealed that the Gulf of Guinea was the most dangerous maritime area in the world with 25 sea piracy attacks in 2020.

Describing the rate of drug use in Nigeria as three times higher than the global average, Dr Stolpe noted that effective fight against insecurity can only be attainable if drug use was effectively controlled.

While appreciating the Diri administration for the initiative, he said it would enable local communities to put strategies and interventions in place to prevent crime and on stakeholders to leverage on the community-based approach to address drug use and prevention.

According to Stolpes, the programme, which is a pilot initiative to test approaches, expressed the hope that it would be effective for other states to emulate and attract support from federal government and international bodies.

Participants at the three-day programme are traditional rulers, top government functionaries and civil society groups from Bayelsa, Rivers, Akwa Ibom and Cross River states that are part of the Gulf of Guinea area. 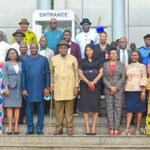 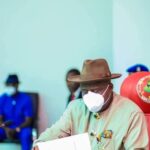