Bayelsa State Governor, Senator Douye Diri, has directed immediate investigation into the circumstances that led to the death of a Bayelsa youth, Goodluck Oviekeme.

Governor Diri also directed that an autopsy be conducted on Monday with representatives of the late youth’s family, the police and the state government present.

The late Goodluck was said to have been arrested by the police special squad “Operation Puff Adder” last Wednesday over an alleged robbery incident in his Biogbolo community.

Miffed by his reported death in police custody, the community staged a protest on Saturday that grounded vehicular movement for hours in the state capital, Yenagoa.

On Sunday, while speaking at a thanksgiving service to mark Nigeria’s 61st independence and the 25th anniversary of Bayelsa State’s creation at the King of Glory Chapel, Government House, Yenagoa, Governor Diri said the Bayelsa State Special Committee on Security, SWAT and Human Rights constituted during the #EndSARS saga commence immediate sitting to investigate and unravel the circumstances of the youth’s death.

His Chief Press Secretary, Mr. Daniel Alabrah, in a statement, quoted the governor as assuring that anyone found culpable would be punished according to law.

He called on the youths in the state to maintain the prevailing peace, adding that his administration was aware of pockets of infractions and that those responsible would be brought to book.

While calling on the youths to desist from criminal acts, the Bayelsa helmsman advised security agents to be professional in the conduct of their duties and avoid extra-judicial killing of citizens they are supposed to protect.

The committee, which is chaired by the Deputy Governor, Senator Lawrence Ewhrudjakpo, would commence sitting on Tuesday.

It has also called for memoranda between Tuesday and Friday this week from members of the public on any issue bordering on police brutality in the state.

Other members of the committee are the Attorney General and Commissioner for Justice, Mr. Biriyai Dambo, SAN, the state Commissioner of Police, Echeng E. Echeng, State Director of State Security, and the Special Adviser 1 to the Governor on Security, Mr Agberebi Akpoebi. 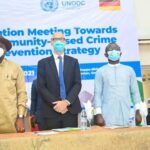 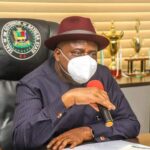 Next:
TEXT OF BROADCAST BY HIS EXCELLENCY, SENATOR DOUYE DIRI, GOVERNOR OF BAYELSA STATE, ON THE 61st NIGERIA INDEPENDENCE AND 25th BAYELSA STATE ANNIVERSARY