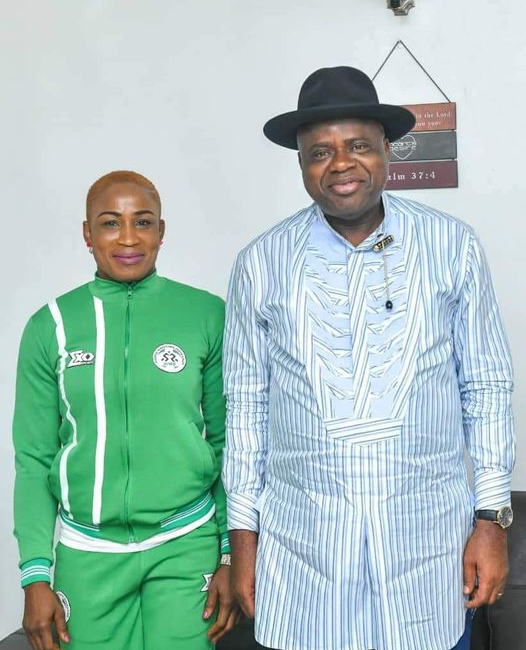 Oborududu got N4million while the top 25 registered players of both United and Queens were rewarded with one million naira each.

The governor at the official reception in honour of the victorious Bayelsa sports men and women in Government House, Yenagoa, also announced a million naira reward for Oborududu’s coach, Mr. Victor Kodei, who was a former wrestling champion.

A statement by his Chief Press Secretary Mr. Daniel Alabrah, quoted the governor as announcing cash rewards of N1.3million for the technical advisers of both teams.

Also rewarded were the clubs’ board chairmen, who got N1.5 million each.

The governor equally directed the immediate release of two Coaster buses to both football teams.

His words: “In recognition of this historic feat and giant stride, your government has decided to reward you (Blessing Oborududu) with the sum of four million naira. Our daughter has put Bayelsa State and Nigeria on the map of the world in female wrestling.“For our FA Cup giants, for the first time in the history of the FA Cup now AITEO Cup, no state in Nigeria has brought home the two cups both male and female. It used to be an all-male affair until the female version was introduced. Bayelsa is the first state and I stand to be proved wrong. Bayelsa has set the record.

“So, your Prosperity Administration has decided to reward our AITEO Cup male and female players. The top 25 registered players will receive the sum of one million naira each. Other players will get N500,000 each.

“The chairmen of both teams will receive N1.5 million each and the Technical Advisers of both clubs N1.3 million each.

“For each of the clubs, the board members will get one million naira while the coach of our sister, who himself is a wrestling champion, Victor Kodei, and accompanied our silver medalist to Tokyo, will get the sum of one million naira.

“As usual with sports, it is a team game and there are others who contributed to the victory and success. Their reward will also be communicated to them.”

The governor also gave immediate approval for upgrade of the Samson Siasia Sports Complex as well as the wrestling gym.

Speaking earlier, the Commissioner for Youth and Sports Development, Daniel Igali, thanked Senator Diri for the exceeding support to the teams, which he said are now the toast of every sports-loving individual.

Igali made several appeals to the governor, especially for upgrading of the state stadium as Bayelsa United would be representing the country in the CAF Confederation Cup in a months time. 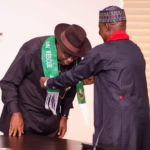 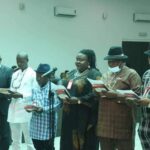