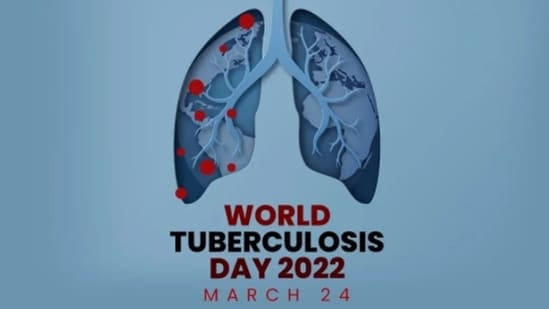 TB could be traced back as early as 1546 when Girolamo Tracastoro propounded that one could be infected by merely coming in contact with cloths and beddings of an infected person. In 1720 however, an English physician, Benjamin Marten argued that the disease is rather caused by bites from small living creatures, while in 1865, a French physician Jean-Antonie contributed that the disease could be transmitted from humans to animals and vice versa. However, in 1882, Dr. Robert Koch discovered the root cause of TB to be from a bacillus (bacteria) called Mycobacterium Tuberculosis. This shows that TB has been an age long infectious disease with a rising death toll from its inception.

In 2012 reports by the World Health Organisation (WHO), revealed that 13% of over 8 million TB new cases resulted to the death of millions of people round the world. Whereas in 2018, another research revealed that about 10 million people predominantly from developing countries were largely affected, leaving more than 1 million persons dead. While in Nigeria, 10% of all death cases are traceable to TB, which is why Nigeria is ranked top three of ten countries greatly burdened by the disease.

One predominant symptom of TB is persistent cough that produces phlegm (mucus). Other symptoms include: Weight loss, Night sweat, High temperature, Tiredness, Loss of appetite, Swellings in the neck, amongst others. Be that as it may, TB is not a death sentence; with early detection, it is curable with the right medication of antibiotics. However, untreated cases could become severe and may lead to death.

It is worthy of note that in 1982 during the one-hundredth anniversary celebration of Dr. Robert Koch TB presentation, the International Union Against Tuberculosis as well as Lung Disease (IUATLD) considered March 24 as the official World Tuberculosis day; to create awareness about the devastating health challenges of TB and possible ways of prevention or eradication through; good hygiene, ventilation, covering of mouth and nose when sneezing or coughing, natural light (UV light), etc.

As Nigerians join the rest of the world to mark the 2022 World Tuberculosis Day with the theme, “Invest To End Tuberculosis. Save Lives,” it is worthy of note that one of the measures by government to tackle the disease include the Direct Observing Treatment Mechanism (DOT). But some challenges encountered were: high proportion of patients with TB drug- resistant, reports of weak health systems that were unable to support efficient TB services, poor relationships between health providers and patients, to mention but a few.

In Bayelsa State, different administrations have also done tremendously well to eradicate TB by embarking on several projects. Remarkable landmarks recorded include the construction of the Malaria, Tuberculosis and HIV/AIDS Research Centre in 2015 and in 2016, the Tuberculosis and Leprosy (TBL) Referral Hospital, Igbogene was given a facelift, with free screenings and treatments.

In view of the above, government could do more to guide against resurfacing cases, by advocating regular TB checkups to promote early discovery and immediate treatment. There is also a high need for government to collaborate with network providers to follow up identified patients via text messages to take their medications seriously.

Furthermore, government could sponsor public health workers on researches to come up with new discoveries suitable to combat the epidemic in line with sustainable development goals (SDGs). There is also the need to update the Health Insurance Scheme to accommodate TB-Screening-Made-Easy, where more stakeholders in the health sector would be trained to take up On-The-Go TB Checkups/Treatments jobs for easy accessibility to screening and treatment. Continuous enlightenment campaigns in the local languages for effective message assimilation in the state owned media organisations; on the importance of regular TB checkups would also encourage the populace to take advantage of the free treatment scheme made available for all by government.

In a similar vein, medical professionals could collaborate with other organisations of similar objectives to organise symposiums to advocate quality job delivery, as well as healthy relationships between health care givers and patients alike, since most of the complaints have been that of poor health service delivery and doctor/patient relationships.

Faith Based Organisations and humanitarians should liaise with government to design plans for effective distribution of TB drugs even to patients at the grassroots. If doing things differently amounts to different results, then the aim of marking World Tuberculosis Day annually to create awareness is worth the while. Hence, it is expected that individuals place priority on their hygiene, as well as government improves on methods to fight against TB. 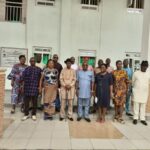 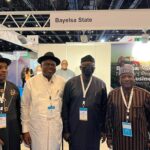