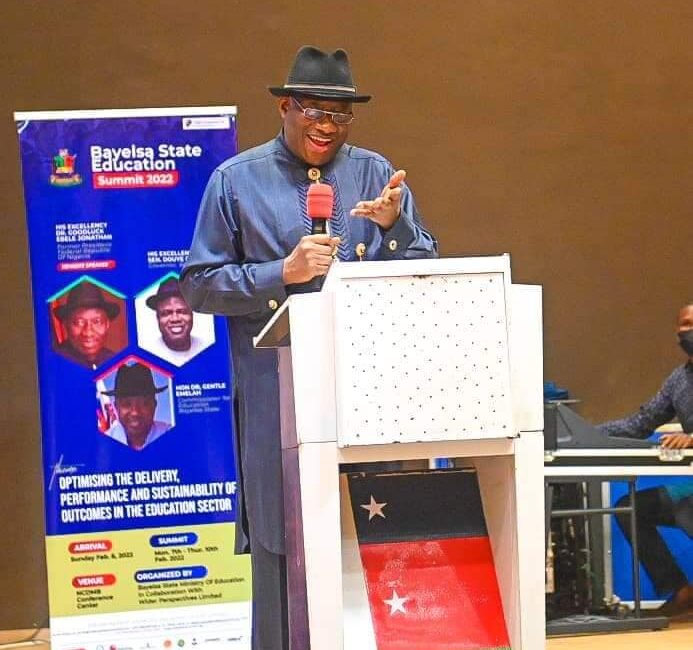 Former President Goodluck Jonathan has praised Bayelsa State Governor, Senator Douye Diri, for his inclusive approach to governance and his reverence for God.

Speaking at the Ecumenical Centre in Yenagoa, during the second anniversary thanksgiving of the Governor Diri administration, Dr. Jonathan noted that God had a reason for everything under the sun, saying humans were just instruments in His hands.

He tasked Diri to use the God-given opportunity as governor to better the lot of people of the state.

The former president also commended him for encouraging peaceful co-existence of Bayelsans from across party lines and prayed God to give him the wisdom to bring more development to people of the state.

His words: “God has given you opportunity to pilot the affairs of the state and you are doing well. I thank you for encouraging peaceful co-existence. We pray that you have the wisdom to bring more development. All of us should continue to support him and through him God will bless us.”

In his remarks, Governor Diri said he will forever be thankful to God for what He has done for him and the state.

Diri recalled how trying the few hours before his swearing in were and how God miraculously turned things around for his good.

He called on people of the state to unite and shun divisive politics, stressing that it is the only way Bayelsa can move forward.

He said: “What we have done is to come back to remind ourselves that we started something, which is growing. At a point when the flags of the Peoples Democratic Party (PDP) were taken out of the Government House, when the former governor was almost arrested in Government House, we hoped in God who rules in the affairs of men. In the end, the God of impossibility made it possible and today marked two years of that miracle.

“My dear people of Bayelsa, I like you to retrospect and see how far God has brought us. Let us live as one people. Let us forgive one another. Let us come together to develop our state. Let us shun politics of lies and blackmail.

“Today, we are here to thank God. For these two years, if we count our blessings, we will all agree that God has been faithful to us. Therefore, we have every reason to be gathered here to thank Him.

“I like to call on all of us not to run down our state but to support it. We have existed before APC and PDP.”

Speaking on behalf of the PDP Governors, Delta State Governor, Senator Ifeanyi Okowa, said the party’s governors were in the state to rejoice with their colleague and people of the state for what God has done for them.

He commended Diri for his strides in office so far and urged him to continue to work for the development of the state.

Also speaking, the PDP National Chairman, Senator Iyorcha Ayu, said time had proven that the party performed creditably at the presidency, saying the change mantra that the opposition sold to Nigerians has had no positive impact.

While noting that all the PDP governor were being celebrated, Ayu also lauded Diri and other past PDP governors of the state for contributing their quota to its development.

Earlier, in a sermon, General Overseer of Gateway International Church, Pastor George Izunwo, who preached on thanksgiving, emphasised the need for humans to cultivate the habit of appreciating God.

He remarked that God did not perform the miracle for Diri to become governor without a purpose, stressing that the governor should stay focused and work for the prosperity of all Bayelsans.

Other governors present at the thanksgiving were Bala Mohammed of Bauchi State and his Benue counterpart, Samuel Ortom as well as former Bayelsa governor and now Senator representing Bayelsa West Senatorial District, Chief Seriake Dickson, Senator Moses Cleopas, members of the House of Representatives from the state and some of their colleagues, and other top government functionaries. 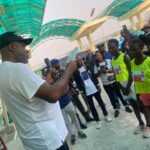 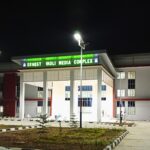