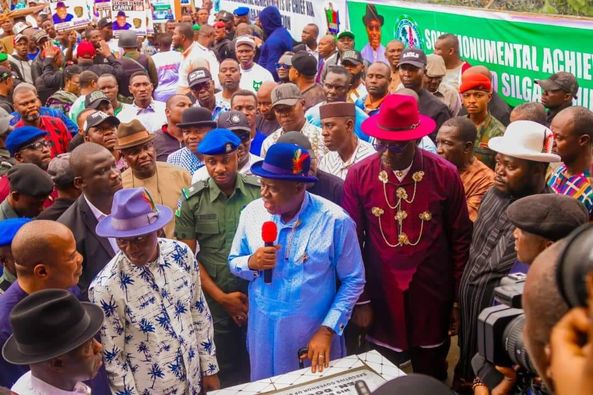 … committed to completion of Yenagoa-Oporoma road

This is part of the Local Governments project commissioning tour being undertaken by the State Governor.

The projects commissioned are the Executive Chairman’s Office Complex at the headquarters of the Local Government, Oporoma and Okolobama Town Hall, Amassoma.

“Today, under two and a half year, your State Government has been able to free funds, and we are seeing the level of projects, development and implementation by various Councils. Well, after going round we will assess and see which one has done better than all others, but I think among those who have done well, your Local Government will be one of them.

Therefore, the Commissioner for Works is hereby directed to construct a jetty in Angiama, the jetty where we will drive to.

The Honourable Commissioner for power is hereby, directed to ensure that the 1500KVA Generator is procured for this community.” 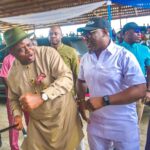