The Governor expressed his satisfaction during a One Day Orientation Programme For New Media Aideswith the theme “Effective Public Information Management As Catalyst For Development In A Digital Age,” in Yenagoa.

Senator Diri who noted that content should always be verified before publication, said the training was geared toward using 21st century resource persons to impart 21st century knowledge.

He added that the exercise would equip the aides to be professional journalists, capable of competing favourably with their counterparts within and outside the State.

The Governor commended the Director General, Bayelsa Government New Media, Mr Kola Oredipe for his commitment and leadership role in ensuring that programmes and policies of government were effectively communicated to the public.

Earlier, the DG, New Media, Mr. Kola Oredipe lauded the Governor for having the interest of Bayelsa youths at heart, as most of them constitute the New Media team.

Mr. Oredipe also thanked the governor for providing operational gadgets for the New Media aides and pledged their commitment in the discharge of their duties. 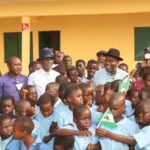 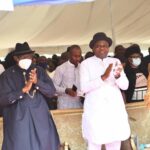 Next:
Why My Administration Focused On Education – Jonathan