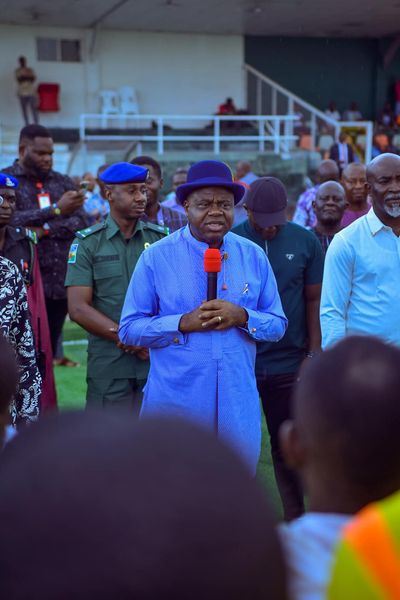 His Excellency, Senator Douye Diri, Governor of Bayelsa State has charged Bayelsa United FC to finish the 2021/22 Nigeria National League strong by picking the sole promotion ticket from B2 of Southern Conference group this Saturday.

Bayelsa United currently on 41 points from 23 matches in the group require an outright win and maximum 3 points on Saturday in the last group game against Cynosure FC at the Samson Siasia Stadium, Yenagoa.

Bayelsa United has been in the lower league for 7 years after they were relegated in the 2015/2016 Premier League season.

Governor Diri accompanied by the Deputy Governor, Lawrence Ewhrudjakpo, charged the management team and the players to make the state proud.

“And I want to urge you that you are holding the torch of the State. Bayelsans are eagerly waiting for you to return to the Premier League. Number two doesn’t befits Bayelsa, the only thing that befits Bayelsa is that this year, you are back to the elite division of Nigerian football, and you have toiled for it, and let it not slip over, that means “it is a must for you to win on Saturday. Let there be no excuses and more so, it is our home match.

Now, in this final match, if you win, I am going to double your winning allowances, not only that, I will host you to a dinner if you win this match”, Gov. Diri stated. 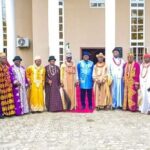 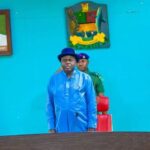 Next:
18th Security Council Meeting: Gov. Diri happy with state of security in the State.