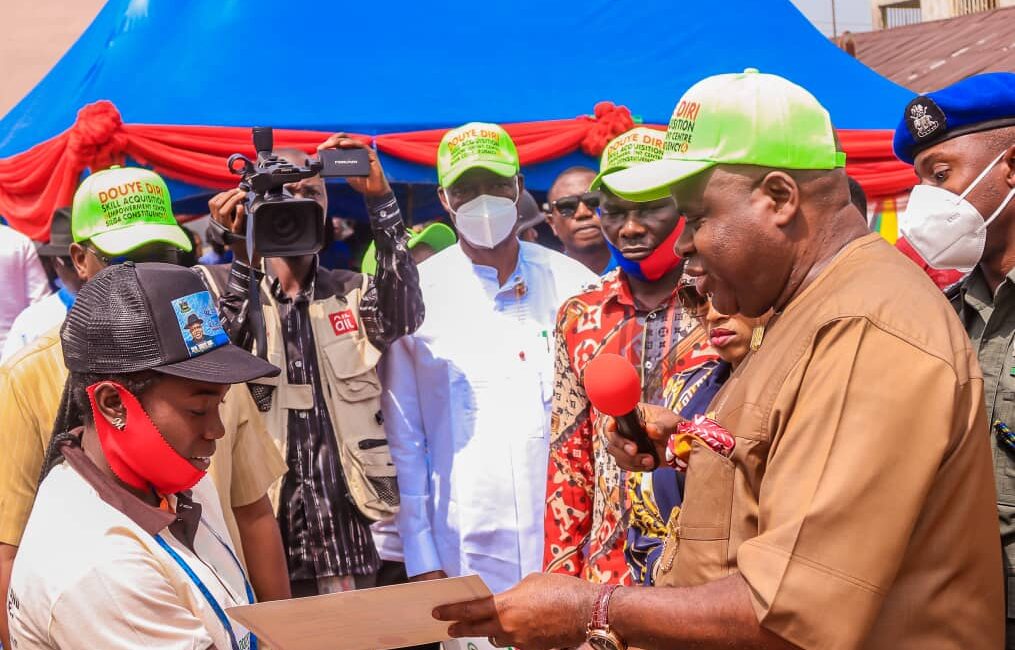 Bayelsa State Governor, Senator Douye Diri, has renewed his call on youths of the state to embrace skill acquisition programmes as a way to be self-reliant rather than depending on handouts from politicians.

Speaking in Yenagoa on Monday during the graduation ceremony of 814 students of the Diri Skills Acquisition And Empowerment Programme, the governor said the programme is in line with the prosperity agenda of his administration.

Also, on Monday, the Governor Diri flagged off the training and empowerment of 317 others under the Sustainable Development Goals (SDGs) scheme.

He stressed that true progress comes from hard work.

A statement by his Chief Press Secretary, Mr. Daniel Alabrah, quoted him as restating the desire of his administration to continually support similar empowerment programmes to improve the economic fortunes of youths and the state at large.

The governor encouraged youths to shun acts of criminality and take advantage of government’s plans and programmes to give their lives a meaning.

He expressed delight over the disposition of the graduates, who he said showed a determination to put their skills to use and promised to sustain the programme.

The state helmsman expressed confidence that with the series of empowerment programmes of his administration, Bayelsans would soon start producing most of what the people of the state go out to buy.

He commended the initiator of the scheme, Mrs Charity Godwin, for changing the narrative about Constituency 4 in Southern Ijaw from being an area known for criminality to an entrepreneurial one.

His words: “Indeed, today is one of my happiest days as I stand before women and boys graduating with skills. It is important that today you have skills and you will add value to yourselves and others around. This training will continue, and you will have to train others too. What Charity (Godwin) has done is flying with my vision.

“I like to call on the youths in Southern Ijaw, particularly Constituency 4, to shun all forms of criminality. Those who encourage you to do bad things do not love you. Those who love you are the ones giving you skills today and our government will continue to give you such opportunities.

“Do not go into ungodly business. Do things that will add value to yourself and your community.

“I am happy with your spirit. I can see that you did not even wait for your starter packs before you began putting your skills to use. We will be monitoring you to see how you are developing with a view to supporting you.”

In a welcome address, the Commissioner for Trade, Industry and Investment, Mr Federal Otokito, described the event as remarkable in the life of the administration, saying it is in line with the governor’s charge to end political praise singing and raise entrepreneurs.

He thanked Governor Diri for making the programme a reality, stressing that it would go a long way in bringing prosperity to Bayelsans.

Delivering a programme overview, Director, Centre for Women Development, Southern Ijaw Constituency 4, Mrs Charity Godwin, thanked the governor for giving her the opportunity to serve, saying she has been using her office to further his desire to ensure that youths and women become self-reliant.

She explained that the training lasted about one year and the students have learned various skills such as fashion design, catering, shoe making, soap making among others.

Representatives of the beneficiaries, in their remarks, appreciated the governor and Mrs. Godwin for the training, assuring that the skills acquired will be put to profitable use.

Speaking during the flag-off of the SDGs skills training at the Banquet Hall in Government House, Yenagoa, Governor Diri said without developing manpower, the infrastructure being developed would not make much impact on the populace as there would be no one to manage them.

He explained that the programme involved tripartite funding but that due to the importance of capacity building, his administration took the initiative to commence the training without financial contribution from the other two partners.

He urged the beneficiaries to see themselves as ambassadors of the prosperity government and effect change in their communities through the training.

In his opening remarks, Senior Special Assistant and Focal Person on Sustainable Development Goals, Dr. Ebiwari Wariowei, said the training is in line with government’s emphasis on Bayelsans to work to earn a living.

According to him, the programme focuses on number one and eight of the 17 Sustainable Development Goals, which are to “end poverty in all its forms everywhere and to promote sustained inclusive and sustainable economic growth, full and productive employment and decent work for all” respectively.

He thanked the governor for approving fund for the office to enable it commence the training. 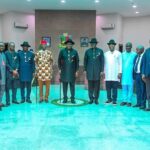 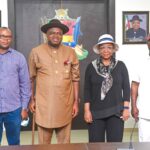 Next:
Gov. Diri Disagrees With NOSDRA On Nembe Spill Investigation