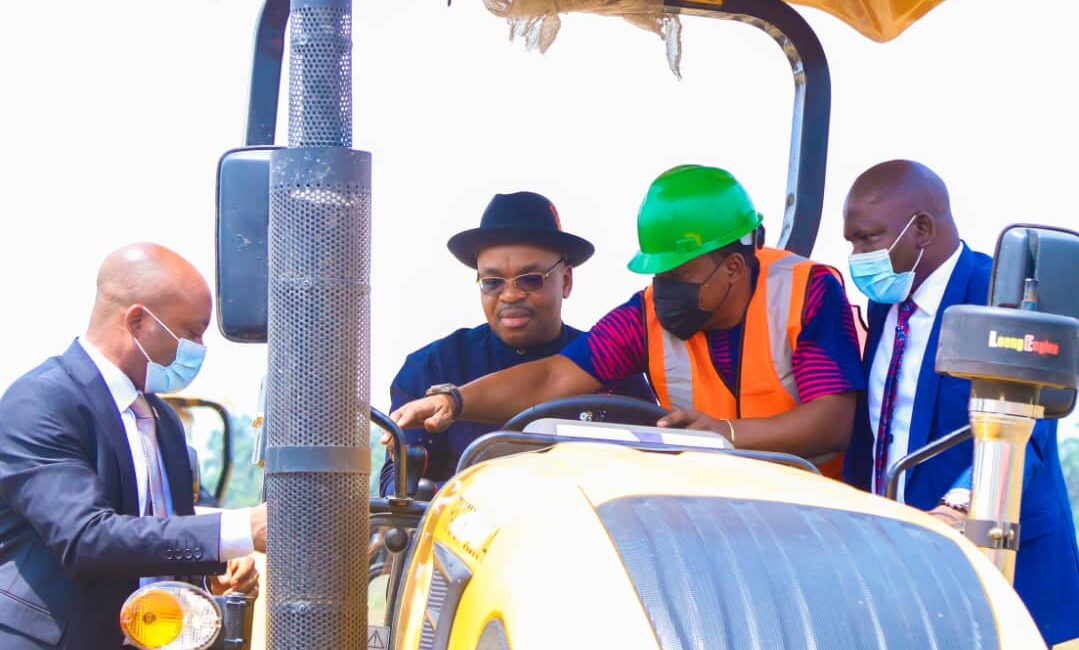 As part of the second anniversary of the Governor Douye Diri administration, Bayelsa State, on Friday, showcased some of its agricultural endowments.

Various farm produce and processed food were displayed at an event tagged: “Made in Bayelsa Agric Product Exhibition” held at the Peace Park in Yenagoa.

The Commissioner for Agriculture and Natural Resources, Chief David Alagoa, conducted Governor Diri and his Akwa Ibom State counterpart, Governor Emmanuel Udom, round the stands where different products were displayed.

Alagoa said the state was endowed with agricultural potential that are capable of driving its economy when properly harnessed.

According to him, the state is already producing fish feed from rice bran and palm kernel cake and other byproducts.

He advised Bayelsans to go into agriculture as it is a major source of revenue the world over.

Alagoa said: “One of the things that make up the feeds is the rice bran but no body is compounding the feeds here. We rather go outside, which does not have 80% of the products in their states.

“What makes the rice bran is palm kernel cake and maize, all from this state. Then you have pockets of soya and groundnuts, which we can also plant in this state. We have the capacity to have almost 90 per cent. The only thing that can come from outside are the vitamins. Even the protein that comes from the fish feeds.

“Bayelsa is richly endowed and we should all try and do something in agriculture.

“By 2030, the size of food and agriculture business in Africa will reach $1 trillion. So if you are thinking on how to make money, this is the sector to be in.”

Alagoa disclosed that rice farms have been established at Akassa, Ogbia, and Yenagoa.

Also showcased were vegetables, mushrooms, fresh water and salt water fish, among others.

Earlier, Governors Diri and Udom flagged off the maiden dry season farming in the state at Otuasega community in Ogbia Local Government Area.

The Bayelsa governor said his administration has prioritised agricultural development to diversify the state’s economy and ensure food security.

Diri said his government was focusing on rice, cassava, banana, yam, maize, plantain and fisheries production and exploring the processing and marketing the entire value chain.

He also stated that the government had signed a Memorandum of Understanding with a consortium of companies under the African Atlantic Gulf of Guinea Fisheries Limited.

He said the deal when operational would generate 4,000 jobs, train 2,500 youths in fish farming and establish a boat building yard as well as fish processing plant of over 20,000 metric tonnes capacity.

He disclosed that the cassava processing factory at Ebedebiri in Sagbama local government area would also become functional in about three months.

Diri noted that in partnership with the Central Bank of Nigeria, the state government has installed rice mills at the state-owned Niger Delta University, Amassoma, and Federal University, Otuoke as well as provided seedlings to 2,500 farmers in all the eight local government areas.

He said: “Agriculture is one of the pillars of my administration to diversify and remove our people’s focus from oil and gas and encourage them in food production.

“I therefore call on our people, particularly civil servants and political appointees, to return to fishing and farming on a commercial scale for local consumption and export in order to earn good money.”

In his remarks, Governor Emmanuel described Diri as a selfless and pragmatic leader that has demonstrated leadership within two years in office.

He said he is happy to identify with Diri’s laudable projects and his effort to ensure food sufficiency.

“We cannot continue to rely on proceeds from oil and we need to lay a solid foundation to jumpstart our economy,” he said.

Speaking, Director General of the National Emergency Management Agency represented by the state coordinator, Mr. Thickman Tanimu, said his agency has flagged off the distribution of agricultural inputs such as herbicides, rice, yam and other seedlings to victims of the 2020 flood in all the local government areas. 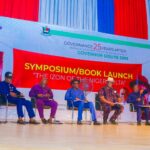 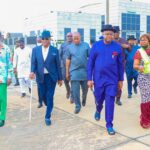 Next:
Wike: Diri’s Performance In Two Years Better Than Some Governors Eight Years