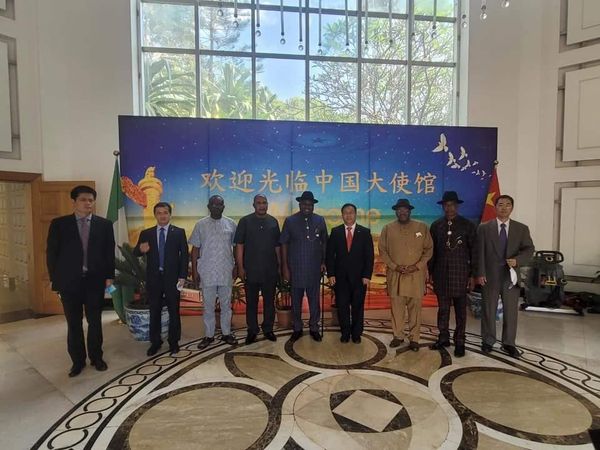 Bayelsa State Governor, Senator Douye Diri, has sought the assistance of the People’s Republic of China in the area of infrastructure, agricultural, technical and educational development of his state.

Governor Diri made the request at the weekend when he paid a courtesy visit to the Chinese Ambassador to Nigeria, Mr Cui Jianchun, at the country’s embassy in Abuja.

The Bayelsa governor, who was warmly received, said China has recorded robust successes in economy, partnerships, innovations as well as in poverty eradication.

He noted that in the last two decades, the most populated country in the world has witnessed rapid growth, surpassing the World Bank as the world’s largest lender of development finance.

He said this feat was achieved primarily through the Belt and Road Initiative (BRI), a global infrastructure plan conceptualised in China in 2013 and implemented in more than 70 countries with the goal of partnering in the design and implementation of large infrastructure projects.

Governor Diri recalled the President of China’s statement that his government was willing to partner with Nigeria to reduce poverty, saying Bayelsa State would be the right destination for such intervention.

His words: “We believe Bayelsa offers a considerable window to the world and will be a spectacular platform to showcase the BRI in the building of roads that traverse several water bodies as well as providing access to inexhaustible reserve of resources in the coasts of Bayelsa.

“Our state’s expansive coastline is ideal for fishing, tourism and wind energy. Our government has identified agriculture as the main sector within which it will achieve sustainable development and growth. We have already identified four areas to substantially invest, which are fishing farming, rice, cassava and plantain cultivation.”

Diri stressed that with the requisite legal framework in place and available human resources, Bayelsa was ready to welcome investors and industry experts for a collaborative development of a centre for machine learning and Artificial Intelligence.

“The technological revolution that this would engender would be a force to improve and empower thousands of people across the Nigeria and Africa in general. There are opportunities to establish new tech hubs across all the eight local government headquarters in the state.”

The Bayelsa helmsman further stated that the state is a prime location for interested investors to set up clusters of modular, captive power generation plants, leveraging on its abundant gas resources.

“Our coastline is the longest in Nigeria of about 180km and has the widest access to the Atlantic Ocean, creating the potential for wind energy.

“On the deep seaport project at Agge in Ekeremor Local Government Area, the governor said the state seeks partners to develop a port that would act as a trans-shipment port. servicing the entire Gulf of Guinea and the hinterland of Nigeria.

“We are already constructing a road to terminate at Ekeremor, which is the local government headquarters. So we have to construct another road to Agge as well as do the harbour work at the seaport. This would be one of the best seaports in Nigeria that would serve countries around the Gulf of Guinea.”

Governor Diri commended the China Civil Engineering Construction Corporation (CCECC), saying he and the state were impressed with the company’s work on the Yenagoa-Oporoma and Gloryland Drive road projects it was constructing in the state.

Responding, Ambassador Cui Jianchun said China and Nigeria had a lot in common.

The envoy noted that 12 years ago, China had over 87 million people living below the poverty line but that by February this year, they had all crossed above the line.

Presenting an economic strategy document to Governor Diri, Jianchun said if China with its large population could overcome poverty, Nigeria can also do same if the country adopted the right policies.

He said: “I believe that we have to work together to grow. If we have to achieve our country’s national interest, we have to do something significant in our host country.

“I therefore thank you for your expression of confidence in China and Chinese companies. You have made the right choice.

“We can look at the possibility of Chinese investors and companies partnering with Bayelsa to develop your gas resources as well as infrastructure. Bayelsa is an important state to Nigeria because of its natural resource endowments and its people. There are several areas of partnership we can explore,” he said. 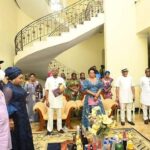 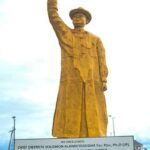 Next:
Alamieyeseigha’s Legacies Speak For Him, Says Diri