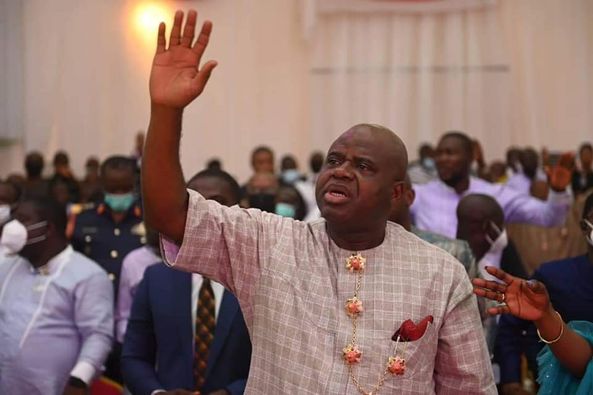 Bayelsa State Governor, Senator Douye Diri, has expressed appreciation to Bayelsans for the tremendous support for his administration.

Governor Diri spoke on Tuesday during the state’s 10th Annual Thanksgiving Day, which was the second under his administration.

The governor, who was full of joy for the prevailing peace, stability and unity being enjoyed by the people, said he had not much to say other than to thank leaders and founding fathers of the state for rallying round his administration.

He promised to continue to churn out projects that would uplift the living standards of the people.

“I would like to also express my appreciation to the legislature, the judiciary and members of my cabinet for the warm and cordial working relationship among us. I must say that this is really heartwarming and I assure you that the Prosperity Government will continue to embark on projects that would endear the people more to our government.

“My appreciation also goes to the youths and women of the state.”

He applauded the immediate past governor, Senator Seriake Dickson, for initiating the Thanksgiving Day celebration and for putting up the magnificent Ecumenical Centre, which has become the rallying ground every November 2 for people to appreciate God for His manifold blessings.

The programme attracted Bayelsans and other prominent Nigerians, who turned out in their large numbers.

Speaking at the event, Vice President of Nigeria, Prof. Yemi Osinbajo, represented by Chaplain of the Aso Rock Chapel, Pastor Seyi Malomo, commended Governor Diri, stating that the developmental strides witnessed in the state attested to the presence of God as a result of the recognition accorded Him.

He prayed God to continue to bless the state for recognising His supremacy.

In his remarks, Senator Seriake Dickson, who came with his wife, Dr. Rachael, also appreciated Diri for continuing with programmes and projects his administration initiated.He urged Bayelsans to pray for the governor and his team to stay focused and courageous in their quest to develop Bayelsa.

Describing leadership as a relay race, he said one governor alone cannot solve the problems of the state, and urged the people not to allow rumour mongering and propaganda to derail the present administration.

Also speaking, former governor of old Rivers State, Chief Rufus Ada-George, said Bayelsans have reasons to thank God as it has produced prominent leaders in the country, including former President Goodluck Jonathan, and blessed with human and natural resources.

He said God has used Diri to foster unity and understanding among the people and the Ijaw nation, and advised the state to depend only on God for its progress.

Guest preacher at the event, Rev. Uma Ukpai, made prophetic declarations and proclaimed healing and blessings on the people of the state and land of Bayelsa.

Making reference to the scriptures, he urged Bayelsans to draw closer to God to experience supernatural increase.

Among dignitaries at the service were the Deputy Governor, Senator Lawrence Ewhrudjakpo, Speaker of the state assembly, Abraham Ingobere, Chief Judge of the state, Justice Kate Abiri and judges of the state high court. 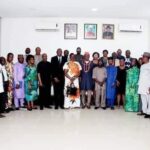 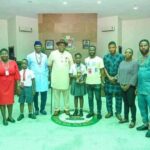