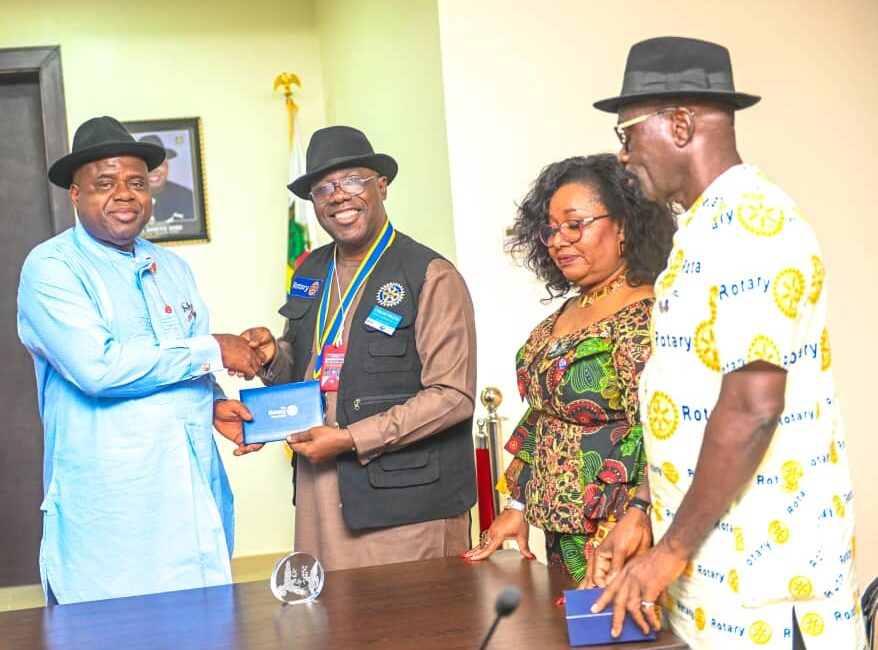 Bayelsa State Governor, Senator Douye Diri, has been honoured by global humanitarian service organisation, Rotary International, for his support to the Rotary Foundation and for his humanitarian activities.

Governor Diri was on Thursday decorated as a Third Level Major Donor by the Governor of Rotary International District 9141, Andy Uwejeyan, at a brief ceremony in Government House, Yenagoa.

A statement by his Chief Press Secretary, Mr. Daniel Alabrah, said the recognition was also extended to the governor’s wife, Dr. Gloria Diri, in accordance with the organisation’s tradition.

Rotarian Uwejeyan said the honour became necessary due to Governor Diri’s humane disposition and philanthropism.
He explained that the Rotary Foundation, an arm of Rotary International, is responsible for all the good things the organisation has been doing, chief among which is its flagship project of eradicating polio globally.

Uwejeyan said the governor’s support and that of other Rotarians to the foundation contributed to making the polio eradication project almost 90 per cent achieved.

He also stated that every support received directly or indirectly goes back to impact the local community, the society and the world at large.

Uwejeyan, who is the outgoing governor, introduced his successor, Rotarian Mightyman Dikuro, who will be the first Bayelsan to become the District 9141 governor from July this year.

Responding, Senator Diri, who is a member of the Kaiama District of the club, said he was elated that his little contributions to society had brought a global recognition.

While appreciating the leadership of the district for the honour bestowed on him and his wife, he said he had always known Rotary Club for charity works as well as assisting the poor and the needy in society.

He explained that it was in furtherance of this that he decided to contribute his quota through the club to impact the lives of those in need of a helping hand.

Governor Diri emphasised that the essence of life was leaving a lasting legacy and that Rotary fits in perfectly for impacting lives for decades.

The state’s helmsman said he was proud to be associated with the club because unlike other organisations established for same purpose, Rotary had stood out and was still impacting and touching lives positively across the world.

He said: “On behalf of my family, I thank you for recognising our very little donation for humanity. There is nothing in this life more than the legacies you leave behind for others to benefit.

“I know that Rotary has been there for charity, for the poor and the needy as well as for providing infrastructure. Whatever we did was actually to assist you.

“So, it is not about ourselves or the physical things that we want to acquire. It is about what we are leaving behind and I believe that Rotary fits in very well in terms of leaving legacies. That is why it has stayed for over a century.

“There are several other organisations that started with you that nobody hears about again but Rotary is still there all over the world and we appreciate you.”

The governor also expressed delight that Bayelsa had grown to have an identity in the district and now having an indigene as District Governor-elect. 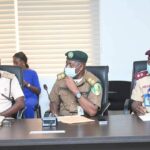 Next:
INTERNATIONAL DAY OF FORESTS: “FORESTS AND SUSTAINABLE PRODUCTION AND CONSUMPTION.”