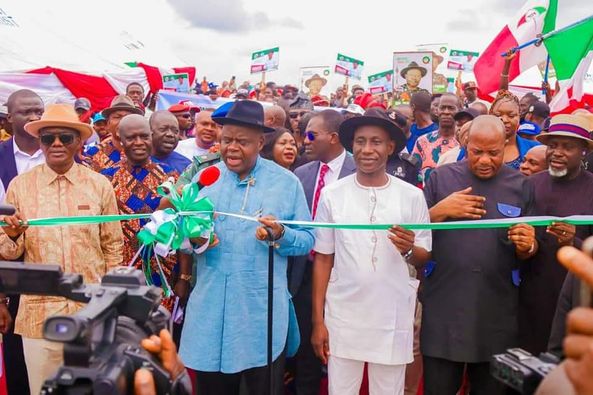 His Excellency, Senator Douye Diri, Governor of Bayelsa State, today in the company of the Deputy Governor, Senator Lawrence Ewhrudjakpo and other top government functionaries, were in Kaiama, headquarters of Kolokuma/Opokuma Local Government Area to inaugurates projects completed by the Council Chairman, Dengiye Ubarugu.

a Modern Motor Park at Kaiama, the reconstructed Divisional Police Headquarters, and the Skill Acquisition Center at the Local Government Secretariat and the concrete road leading to the council area.

The governor who appreciated the efforts of the Chairman, the councilors and other officials on the projects, said his administration had brought reliefs to the Local Government System.

“And that’s why today, we are coming to commission projects, it is as a result of the policies of this government, and the workaholic Deputy Governor, who made sure that our policies are totally implemented. The councils after embarking on the various projects still have savings. This is prudence and accountability at play.”

He said: “Those of us who know about this motor park, and seeing the standard it has been raised to will know that work has gone in here, and so we thank God for making it possible for all of us to gather here.” 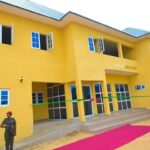 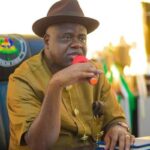