JOURNALISTS CHARGED TO BE PROFICIENT

Media practitioners have been charged to be resourceful, to enable them compete favourably with their counterparts within and outside the Country.

The Commissioner for Information, Orientation and Strategy, Hon Ayiba Duba gave the charge when the leadership of Bayelsa Media Award (BMA) paid him a courtesy call in his office, Yenagoa.

Hon. Duba stated that in a bid to be award winning practitioners, journalist should be equipped with facts and efficient in their reportage.

Hon. Duba who urged those in the Fourth Estate of the Realm to be outstanding in their chosen profession expressed satisfaction over the award of excellence to deserving journalist through the Bayelsa Media Award programme. He noted that the reward for performance will encourage healthy competition and improve the standard of media practices.

Earlier, the leader of the Bayelsa Media Award programme, Mr. Victor Binawari stated that the programme was originated in 2013, with the aim of recognizing hardworking media practitioners in the South- South region of Nigeria, as well as showcasing their talents to the world.

Mr. Binawari solicited for partnership with the Ministry, noting that the 8th edition of the programme holds on 25th March, 2021 with a talk on “The Media: Its Role and Effects on Society.” 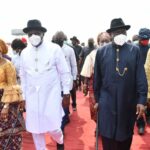 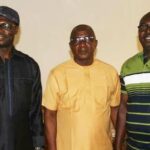 Next:
Sports is Therapeutic- Hon. Duba