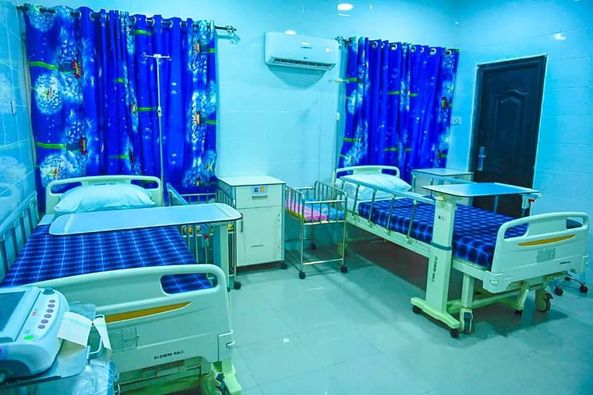 Impact On Your Areas of Operations, Diri Tells Oil Companies

Bayelsa State Governor, Senator Douye Diri,has called on oil companies operating in the Niger Delta to always give back to communities where they operate in form of Corporate Social Responsibility (CSR).

While commending Shell Petroleum Development Company (SPDC) for taking the initiative, Diri urged other companies to emulate the gesture and impact positively on their areas of operations.

In a statement by his Chief Press Secretary, Mr. Daniel Alabrah, the governor described the project as significant and inspiring, noting that it has opened the possibilities of replicating it in other senatorial districts in the State.

He acknowledged the importance of the programme to complement the health policy of the Prosperity Government and that the overall aim is to improve the quality of life of the people.

The Bayelsa helmsman also encouraged the SPDC to expand the programme to other parts of the state, adding that, the achievements recorded under it showed that development could be achieved when companies collaborate with government.

The governor used the occasion to announce the approval of N400 million Naira for the completion of the Ogbia Referral Hospital.

“I like to announce to you that I have just approved a N400 million for the completion of the Ogbia Referral Hospital”, Diri said.

Diri , who described Oloibiri as an historical community being the birth place of the Ijaw hero, Late Isaac Adaka Boro and the first place oil was discovered in commercial quantity, advised the beneficiaries to protect and own the project for their benefit.

“This CSR policy of SPDC is a deliberate one, and we will encourage them to extend it to other senatorial districts in Bayelsa State.

“CSR has become a standard business practice of our time. However, too often, there are some companies that see CSR as charity. Some others see it as a drain pipe of their profit. But this means giving back. What you have done today means you are doing very well. While you are there to make your profits, also remember that you have to impact on the community and government and you have done that. I appreciate you for that.

“I want to mark this occasion as one with great significance and a momentous accomplishment because it opens the door of sustainable and expanding progress. It is thus, a pleasure to join all of you today at the inauguration of the Oloibiri Health Programme Phase 2.

“It is not only a transformative development project in the socio-economic life of the people of Oloibiri and Ogbia in general, but an inspiring model of the vista of possibilities that can unfold when companies prioritise their Corporate Social Responsibility (CSR) in partnership with government and the people of the state.

“It is a happy occurrence that Oloibiri from the very beginning has been taking care of the economic health of Nigeria. There is no gainsaying the fact that this was the place where Nigeria first became an oil producing country. It is also not a coincidence that in Oloibiri was where the hero of the Ijaws, Major Isaac Boro was born. So Oloibiri is an important historical community to the Ogbia people, Ijaw people and indeed Bayelsa State and by extension to Nigeria.

Earlier, Country Chair, Shell Companies in Nigeria, Mr. Osagie Okunbor, revealed that the Oloibiri Health Programme (OHP) is a holistic system which is aimed at changing the mode of medical delivery from health facilities , which includes availability of drugs, human resources for health, electricity, water, sanitation facilities, amongst others.

In his remarks,the Obanobhan of Ogbia Kingdom, His Eminence Charles Owaba, described the programme aimed at delivering health care to the people in the area as landmark achievement by SPDC.

He appealed that the programme should be expanded to Ayama clan in the local government to cater for the health needs of the people residing in that area.

The Obanobhan similarly appealed for the dualisation of the Edepie- Imiringi- Ogbia road, the construction of the Yenagoa- Ayama – Okodi road amongst others.

Speaking on behalf of the Community, Ambassador Eric Aworabhi, thanked the partners for the success of the project. 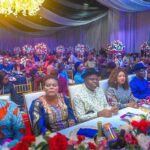 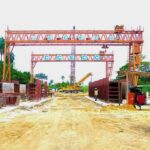