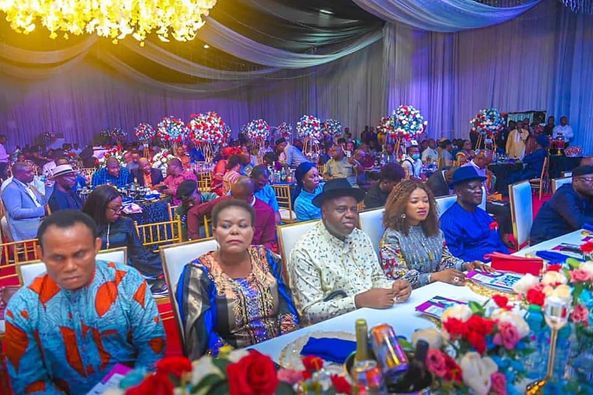 Bayelsa State Governor, Senator Douye Diri has charged youth of Ijaw extraction to emulate the ideals of foremost freedom fighter, Late Isaac Jasper Adaka Boro who stood for justice and equity in the quest to liberate his people.

Speaking during a public lecture/gala night at the DSP Alamieyeseigha Banquet Hall, Yenagoa in honour of Late Boro, Governor Diri noted that young people were critical to the realization of the dreams of Isaac Boro stressing that they need to carry on the struggle for true federalism and development from where Boro stopped but in an intellectual way.

A statement by his Chief Press Secretary, Mr. Daniel Alabrah quoted the governor as calling on the youth to shun crime and criminality, noting that no development will thrive in an environment devoid of peace.

Governor Diri urged youth and leaders of the State to love one another and remain united in the struggle, stressing that love and unity were the values that moved Late Boro and his lieutenants to fight against perceived oppression and injustice done to the people.

He remarked that almost six decades after the death of Isaac Boro, the inequalities he fought against still exists and hunts the people of the region on a daily basis and stressed the need for ijaws to take their destinies into their hands.

His words:”Can we as youth and leaders of this state toe the line of Boro? That even after our death, we will be celebrated? Have we all become capitalist? As you know, Boro lived in a communal society where everything was shared, where people were their brother’s keepers. Let me call on all those involved in crime to have a change of heart. If this state must develop, we must take our destiny into our hands. I like to advise our youth to run away from crime and criminality”.

“Close to six decades later, the inequalities Boro fought against still exists and hurts us. We cannot continue to blame others for our woes, it is time for ijaws to be ijaws, Ijaw means truth; are we honest to ourselves?”

“With the discovery of oil and gas resources, we were hopeful that the future will be bright but unfortunately it has not been a bright future and the question many people ask if whether the discovery of oil and gas is a blessing or cause? Oil and gas exploration has damaged the ecosystem of Niger Delta, yet we are not major stakeholders in the conversations that shape the allocation of resources in this country”.

“We cannot allow this annual gathering to become a jamboree. As 2023 draw close, we will have another critical window. As we move away from gun running to organized intellectual approach to achieve our aspirations, I call on all ijaws to vote for our liberation. The issues that Boro fought for still steers us in the face.”

Governor Diri used the occasion to pronounce the Isaac Boro residence in Kaiama a tourist site in Bayelsa State and declared the relics as Boro Heritage Museum.

“I hereby pronounce the Isaac Boro residence where he lived and where soldiers raided be a tourist site. It becomes a museum where people can access documentary and historical facts about Boro and the struggle that led to the declaration of the 12- Day Revolution. Government will acquire the house and we will relocate all the occupants to a new place”, Diri stated.

The Governor then directed the Ministry of Works and Infrastructure to look for a space in Kaiama to build a new duplex for the Boro’s family.

He also directed that Ministry of Lands to acquire the sand filled area in Kaiama and declare it a development area, saying it has been misused.

Governor Diri commended the organizers of this year’s Boro day and leadership of Ijaw Youth Council (IYC) for their good disposition and conduct during the peaceful procession.

In a lecture titled, “The ijaw and neo-imperialist tendencies in Nigeria: An exhortation from Isaac Adaka Boro, 1938-1968, Prof. Atei Mark Okorobia, Director, Institute of Niger Delta Studies, University of Port Harcourt, said late Isaac Boro, remained a great Ijaw icon as a standard-bearer of the struggle for equity and justice by the minority peoples of the Niger Delta, hence, the need to continually celebrate his supreme sacrifice.

“Boro, therefore awakened the Ijaw from their political slumber and leadership ambivalence to face their stark existential realities manifested in the quest for economic and political freedom.Your Excellencies, Distinguished Guests, ladies and gentlemen, this celebration of Boro, our great icon is a salute to supreme sacrifice. For being a standard-bearer of the struggle for equity and justice by the minority peoples of the Niger Delta, we have good reason to celebrate Isaac Boro today and always. On our part, we should also do all things right and proper, so that posterity will also remember us for our good works”, Okorobia.

Earlier, Commissioner for Ijaw Affairs, Mr. Patrick Erasmus, said the annual celebration was staged to create more awareness and consciousness of the Ijaw struggle to have its right of place in the Nigerian State and promote the great ideals of late icon, Isaac Boro.

In a remark, daughter of the late Boro, Esther Boro said her father was on a mission to crate awareness of the plight of the ijaws and he fulfilled that mission before his death.

She thanked Governor Diri for caring for the family and bringing the prosperity Boro fought for and urged Ijaws to be United and love one another. 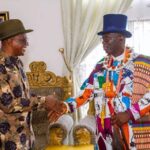 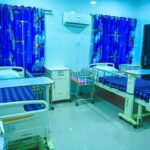 Next:
Impact On Your Areas of Operations, Diri Tells Oil Companies