The Commissioner made the remark at a fund raising event by Radio, Television, Theater and Arts Workers Union of Nigeria (RATTAWU), Bayelsa State Council, in Yenagoa.

Hon. Duba who was the chairman of the occasion noted that information management is a global challenge to governments. He decried situations where sensitive information gets to the public, even when they are not approved by the main source, noting that as members of the fourth estate of the realm, the public relies on media practitioners for objective and accurate reportage to maintain peace and development.

While urging them to discharge their duties with sincerity of purpose, the Commissioner who was represented by the Director, New Media, Dr. Sophia Obi, stated that government is working on a well-equipped multi billion naira media edifice to accommodate government owned media organizations, to enhance productivity.

The Commissioner stated that government would partner RATTAWU achieve its desired goals and advised that as image makers of the society, they should always uphold the tenets of information management by verifying facts before dissemination.

While welcoming the National President of RATTAWU, Comr. Kabir Garba Tsanni and his entourage from States across the nation, Hon. Duba emphasized the hospitable nature of Bayelsans and prayed they disseminate their peaceful experience in the State to the world, as opposed to negative reportage in public domain.

Earlier, the Commissioner for Culture and Tourism, Hon. Iti Orugbani noted that government is proactively working to maintain the existing peace in the state to promote tourism development.

The duo noted that the remarkable secretariat building of RATTAWU when completed would complement the developmental strides of government in information management and prayed for government support.

Highlights of the occasion were performances by musical artiste; World Zee, Joe Vee, the State cultural troupe and presentation of honourary awards. 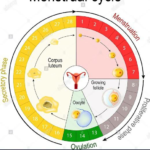 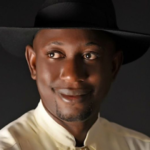