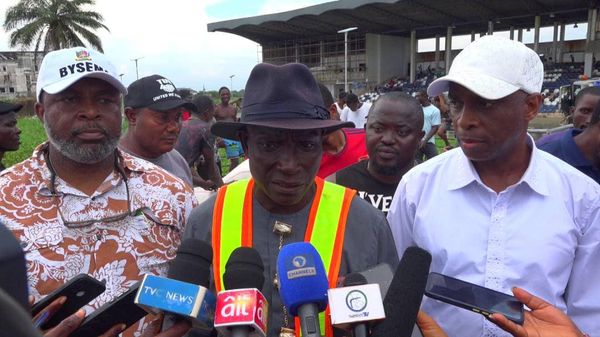 The Governor of Bayelsa State, Senator Douye Diri has approved additional sum of Four Hundred and Fifty Million (450,000,000.00) Naira to the State Flood Mitigation and Management Taskforce as part of efforts to provide more relief materials such as food items and medical supplies to the increasing number of flood victims across the state.

This brings the total amount approved and released to the committee so far to Nine Hundred Million Naira.

The State Commissioner for Information, Orientation and Strategy, Hon Ayibaina Duba disclosed this in a chat with journalists in his office in Yenagoa on Tuesday.

Hon. Duba reiterated the Senator Douye Diri-led administration’s commitment to providing succour to the victims of devastating flood and give lifeline to those who have lost everything, including houses and businesses to the flood.

The Commissioner said that the additional amount of 450million naira would go a long way at procuring food and medicine for distribution to many citizens in the eight local government areas of the state who are running short of the initial basic provisions and food supplied to them by the state government.

He assured that government will also sustain the effective management of the IDP camps with about 20, 000.00 inmates.

Meanwhile, the Flood Mitigation and Management Taskforce has taken delivery of more food items procured for distribution to flood impacted and displaced residents of the State.

Briefing newsmen at the Oxbow Lake Jetty in Yenagoa, the Chairman of the Bayelsa State Flood Mitigation and Management Taskforce, Mr. Iselema Gbaranbiri said the items were conveyed through the waterways because the East West Road is inaccessible to the State.

Mr. Gbaranbiri added that the Nigerian Airforce was also assisting the state to airlift some of the food items from Lagos and Port Harcourt to Yenagoa.

He assured that the items received are being distributed with dispatch so that those in need can get the supplies immediately, adding that the distribution of relief materials to impacted communities in the State is continuing until the needs of the impacted are met.

The Commissioner said the state government will also continue with the provision of two meals daily to displaced persons in various IDP camps apart from providing them medical services, potable water and other emergency aids.

Fielding questions from Journalists on the cost of food and other items in the state, the Commissioner said the Governor has inaugurated a committee to interface with marketers in order bring down the cost of items. 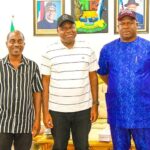 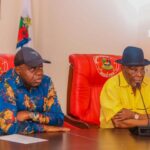