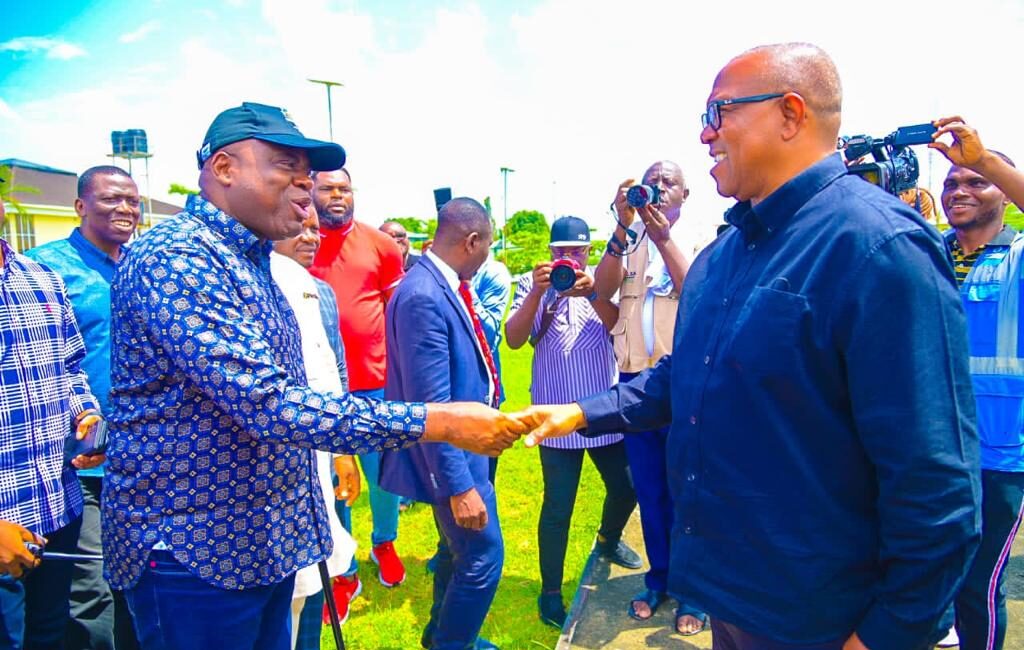 Flooding: I’m Surprised No Federal Presence Yet In Bayelsa – Obi

Former Governor of Anambra State and presidential candidate of the Labour Party in the 2023 election, Peter Obi, has expressed surprise that the federal government had yet to respond three weeks after a massive flooding hit Bayelsa State.

Mr. Obi said flying into the state in a chopper gave him a better aerial view of the situation and that the state needs urgent help.

Obi spoke on Saturday in Yenagoa, the state capital, when he paid a courtesy visit to Governor Douye Diri at the Government House before they both visited internally displaced persons (IDPs) at the Oxbow Lake Pavilion camp in Yenagoa.

He lamented the hardship experienced by people of the state as a result of the floods and wondered why the federal government had not sent a high-powered delegation to the state with a view to providing assistance for the people.

While calling on the federal government to declare an emergency over the flooding in parts of Nigeria with Bayelsa as a case in point, he remarked that as a state that is strategic to the economy of Nigeria, it deserved more from the centre.

He called on the international community, donor agencies and public-spirited individuals and organizations to assist the government navigate through this difficult moment.

Obi lauded Governor Diri’s handling of the situation so far and urged him not to give up while promising to stand with the people in their trying moments.

The Labour Party presidential candidate said he decided to suspend his campaign to sympathize with the people of Bayelsa and other states affected and promised not to resume campaigns until this phase of flooding was over.

He noted that though as governor he experienced the 2012 floods, the current one was more devastating.

His words: “There is no way anyone will be happy with the situation in Bayelsa. My appeal is for the federal government to send a strong team to come see what is happening here.

“I was a governor in 2012 but I did not see what I have seen today. The federal government needs to declare an emergency in Bayelsa considering the strategic importance of the state to Nigeria.

“I appeal also to the international community and donor agencies too to help. Bayelsa needs urgent support. What I have seen here is unimaginable. The federal government needs to intervene immediately.”

Responding, Governor Douye Diri expressed appreciation to Obi for his show of love to people of the state, saying he feels comforted by his visit, which was the first by any high profile individual.

Diri lamented the impact of the flood, which he said has claimed lives, property and destroying the economy of the state.

The Bayelsa governor acknowledged the concern showed by President Muhammadu Buhari by directing federal rescue and disaster management agencies to assist the state. He however noted that the directive was yet to be adhered to.

The state’s helmsman assured people of the state that his administration will continue to stand with them and spare no effort in providing relief to victims of the flood.

Diri also said that his government was already thinking about the post-flood challenges, especially with the destruction to critical infrastructure in the state.

He said: “I feel comforted this morning, like one who has a friend and brother. At your level, you are the first to visit Bayelsa State.

“This flood has been with us for three weeks and we are losing lives and property on daily basis. Our economy is as good as gone. We have been trapped with the East-West road broken into two on both sides.

“Yes, we have received some hope from Mr. President but we are yet to see one senior government official like you that came to empathize with us. We still call on the federal government to do the needful. I have also written to all relevant bodies to come to our aid.

“As you rightly observed, this is beyond what a state can handle. On behalf of a grateful state, we thank you for coming. If half of the resources taken away from Bayelsa are put in this state we will not be crying for help.

“For people of our state, rest assured that the government will stand with you until we come out of this disaster. I call on the federal government of this country to sit with the states affected to find solution to the flooding. We cannot continue living this way.”

At the Oxbow Lake IDP camp, Obi pledged an undisclosed amount while Governor Diri led other top government officials to other camps at the Universal Primary Education (UPE) School, Ovom and the Saint Peters Church, Yenagoa where he assured of government’s continuous support and donated the sum of one million naira each to the victims. 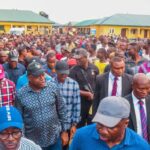