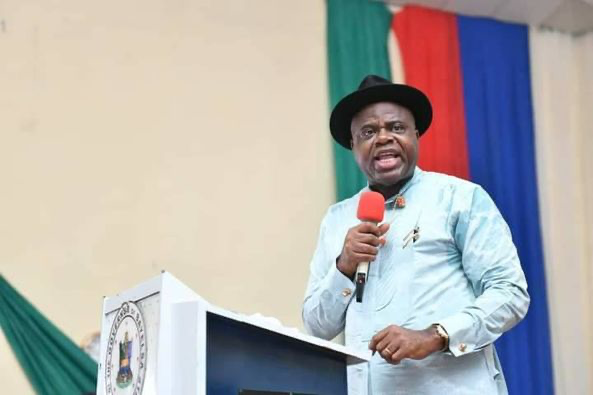 Governor Diri stated this during the inauguration of the new INC leadership at the Ijaw House in Yenagoa.

A statement issued by his Chief Press Secretary, Mr Daniel Alabrah, noted that the failure of the country’s electoral body to adopt e-voting has led to politicisation of revered state institutions and disrespect to such institutions.

The governor also said that the adoption of e-voting would provide an opportunity for Nigerians in the Diaspora to choose their leaders through the ballot.

His words: “I am an advocate and supporter of electronic voting system. Many Nigerians have been denied the right to vote because they are not in Nigeria and cannot participate in choosing their leaders.

“It is a challenge to Nigeria. Let the Independent National Electoral Commission (INEC) be challenged. If the Ijaws can do it, the Federal Government can also do it.

“If Ijaws can enfranchise Ijaws in Europe and America to be part of deciding who leads them, INEC can equally do it. It will check violence, criminality and state institutions being politicised.”

Giving his charge to the new executive council of the apex Ijaw socio-cultural body, the governor stressed the need for the body to advance the cause of Ijaws to achieve equity and fairness in Nigeria.

In his inaugural address, the new INC President, Professor Benjamin Okaba, assured that the body would work for the progress of the Ijaw people.

Prof. Okaba also said the INC fully supported the recent pronouncement by governors of southern Nigeria prohibiting open grazing in the region, saying the organisation would provide the necessary support to ensure adherence to laws aimed at protecting the people and their land against invasion from external forces.

Okaba, who stated that INC would collaborate with other ethnic minorities that share the same experiences with the Ijaws to achieve their dreams, said the ethnic group was aware of surreptitious moves by some groups to annex territories in the Niger Delta because of its resources, but that no part of Ijaw would be ceded or conquered.

“The INC wishes to use this special occasion to and in an unequivocal term remind and warn such characters that the Ijaw territory was never and will never be ceded or conquered. We belong only to the Federal Republic of Nigeria. Should there be a compelling necessity to pull out of the present Nigeria, we shall go our separate ways in fulfilment of the dreams of our ancestors,” he said. 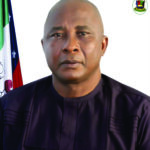 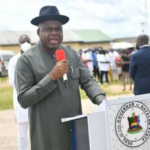