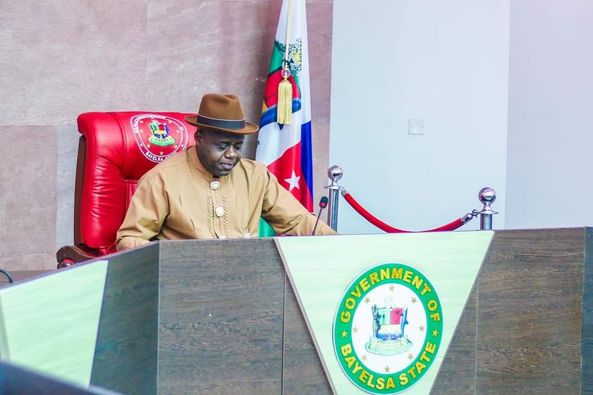 Governor Diri insisted that the sympathy industrial action by lecturers of the university was no longer justifiable as they have been receiving their salaries monthly without going to work.

He said although the institution’s governoring council had scheduled a meeting with the union, he said the lecturers ought to reciprocate the goodwill of the state government by returning to the classroom in the interest of the students.

A statement by his Chief Press Secretary, Daniel Alabrah, on Wednesday quoted the governor as saying on Tuesday night at a dinner in honour of the victorious Bayelsa United Football Club in Yenagoa that the state government had sorted out all the issues between it and the institution’s ASUU.

Governor Diri noted that lecturers in federal tertiary institutions might have issues with the federal government but that was no longer the case with the state-owned institution’s lecturers.

He said: “Let me use this opportunity to call on lecturers at the Niger Delta University to call off their strike. I have already given directives to the governing council, which represents the government in the management of that university.

“For about seven months they have been on strike. They call it a sympathy strike because the very local issues that they raised with our government have already been sorted out. So they have no problem with the state government.

“About two or three months ago, I met with the leadership at a meeting not to continue the sympathy strike. Yes, they are all unionists. However, in Nigeria, there are two layers of government that are totally different.

“The issues are with the federal universities and not the state institutions. State-owned institutions in our sister states like Rivers and Delta did not join the strike or have called off theirs. I would like the Niger Delta University to follow suit by calling off the strike.

“You all know that you cannot be receiving salaries and you do not go to work for seven months. Like I said, I have set up the machinery and I am very sure that reasoning will prevail. NDU will resume in the shortest possible time for our children to go back to school.” 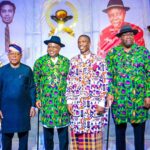