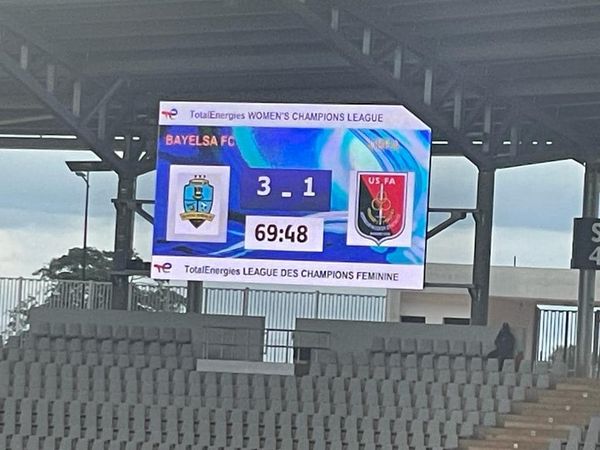 Bayelsa Queens FC have moved closer to qualifying for the CAF Women’s Champions league group stage after recording a 3-1 emphatic victory over Union Sportive (USFA) of Burkina Faso at the ongoing WAFU-B qualifiers at the Stade De Yamoussoukro in Côte D’Ivoire.

The good display by Bayelsa Queens in the first four minute produced a goal in the fifth minute as Falconets returnee, Flourish Sabastine scored with a volley to give the girls from Yenagoa a deserving early lead.

Lala Traore powered home the equalizer for USFA in the fifteen minutes of play with a sublime finish and from then on Lala Traore made dangerous incursions at the Bayelsa Queens goal area, but the defense line of the Prosperity Girls were able to check mate her and Bayelsa Queens with a quick counter attack in the thirty eight minutes scored the second goal through the goal machine, Etim Edidiong.

Aderemi Mary later made it three goals for the Queens.

Bayelsa Queens FC will now clash with Espoire FC of Benin Republic on Tuesday in one of the semi final games while Ampem Darkoa Ladies of Ghana will battle the host, Africa Sports also on Tuesday in the second semi finals.

Only the winner from this group will qualify for the main CAF women’s Champions league group stage.

Congratulations to Bayelsa Queens for making the State proud. 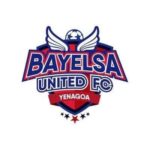 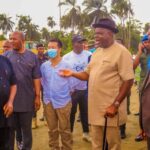