Bayelsa State government has unfolded plans to build science and technical schools in the eight local government areas of the state.

Governor Douye Diri disclosed this during an interactive session with Christian leaders at the Gabriel Okara Cultural Centre, Yenagoa, on Tuesday.

The governor in a statement by his Chief Press Secretary, Mr. Daniel Alabrah, said the establishment of the technical schools is aimed at building the capacity of youths in vocational skills in order to make them self-reliant.

He emphasised the need to be abreast of global challenges, adding that the trend is that less emphasis is now being placed on only paper qualifications.

He said it has become imperative for youths to think outside of the box and channel their energies to profitable ventures rather than looking for white-collar jobs that are scarce.

Governor Diri also urged them to take a cue from his administration by venturing into agriculture, which is one of the main focus of the state government.

His words: “We want to build science and technical colleges across Bayelsa State. We would have them in all the local government areas. We want to de-emphasise certificate education so that our young ones can use their hands, learn skills and be employers of labour.

“Our focus is also on agriculture. We want our youths and women to be useful to yourselves. This government is ready to support you.

“We want our young ones to go into business and to own farms. This government is ready to encourage you until you own your own farms. We have directed every member of the executive council to own a farm this year.

“We want to shift the focus from seeking too much of white-collar job education to vocational, science and technical education. We want our youths to be plumbers, tilers and painters.” 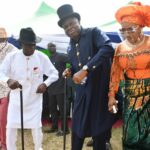 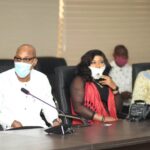