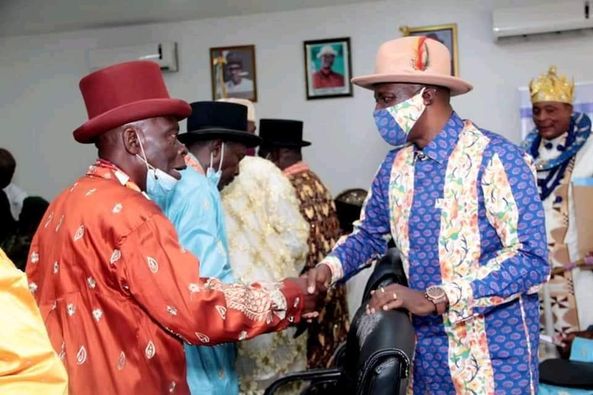 The Bayelsa State Government has directed local government councils in the state to without delay come up with a legislation prohibiting the movement of speed boats within the state’s waterways after 7pm without security permit.

Similarly, the State Government has directed the Legislative Councils of the eight local government councils to expeditiously enact bye-laws on the establishment of local vigilantes in all the communities.

The Deputy Governor, Senator Lawrence Ewhrudjakpo, gave the directives on Monday during separate meetings with traditional rulers from Southern Ijaw and Nembe local government areas of the state at his office in Government House, Yenagoa.

Senator Ewhrudjakpo, who urged the traditional rulers to complement government’s efforts at fighting insecurity in the state, stressed the need for vigilante groups to be set up before the end of this month.

Consequently, he directed the Commissioner for Local Government, Chieftaincy and Community Development, Chief Thompson Amule to notify the council chairmen to initiate bills for the enabling bye-laws towards establishing the vigilantes in their areas.

He said community leaders should work closely with the Nigerian Police to thoroughly screen members of the various vigilante groups, based on their individual capacities and integrity.

The Deputy Governor, who emphasized the need for more effective policing of the waterways to stem the rising tide of sea piracy and other forms of criminality, also directed that bye-laws prohibiting traveling with speed boats along the rivers and creeks be passed by the local government councils.

He noted that the measure would go a long way to complement the efforts of the security agencies to curb crime on the water routes in the state.

The Deputy Governor used the opportunity to call on the teeming youths of the state to shun acts capable of truncating their future by turning a new leaf.

He noted that the state government was determined to give traditional rulers a sense of belonging and restore their role as custodians of culture and peace through the community administration bill to be sent to the House of Assembly.

On the complaint of lack of teachers in the public schools in Southern Ijaw local government area, Senator Ewhrudjakpo directed the Director General of the Teachers’ Training Institute, Dr. Peremoboere Stella Ugolo, to quickly review the distribution of teachers in the schools, to enable government address the situation.

He equally directed the Commissioner for Education, Dr. Gentle Emelah, to visit Community Secondary School, Okoroma, which building was deroofed by rain storm and make a proper assessment for necessary action.

His words: “The issue of security is a major one for us, and if we take it for granted, it is going to weigh down on all of us. The issue of the vigilantes will not only lie on the DPOs. We are directing the local governments to, between now and the end of October, to set up vigilantes. All communities must have their vigilantes set up.

“The screening of members of the vigilantes will be done by the DPOs who in turn will be supervised by the Commissioner of Police.

“We are taking another measure here. The Commissioner for Local Government will do another letter to all the councils to work assiduously to pass the anti-night boat movement bye-law, to proscribe speed boats movements beyond 7pm.

“Any speed boat without security permit moving after 7pm is an enemy boat”, he said.

Speaking at the meeting, the Ibenanaowei of Bomo clan, King Joshua Igbugburu, enjoined the royal fathers from Southern Ijaw local government area to ensure that security remains a priority in their various domains and prevail on the people to maintain peace.

Also speaking, the paramount ruler of Okoroma clan in Nembe Local Government area, King Bethran Douglas, requested for a JTF post and police presence in the area to check the activities of criminals.

He pointed out that the face-off between Okoroma and the Nigerian Agip Oil Company (NAOC) over the broken power plant was a potential threat to peace in the area, and appealed to government not to relent in its efforts to resolve the issue.

In their separate remarks, the Commissioner for Police, Mr. Echeng E. Echeng, and the Commander of 16th Brigade, Nigerian Army, Brigadier General Oluwarotimi Awolo, appealed for cooperation from the people in the fight against criminality in the state.

They identified hostilities from communities as one of the challenges facing military officers on patrol duty along the creeks and marine routes which makes their job tasking. 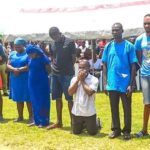 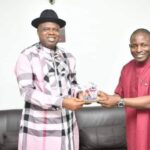