The Commissioner for Information, Orientation and Strategy, Hon. Ayiba Duba, said the Ministry will partner with health professionals in the state to reduce the high rate of maternal and child mortality.

He made this known during a courtesy visit by the Bayelsa State Emergency Maternal and Child Health Intervention Centre (BYSEMCHIC) in his office, Yenagoa.He said the low rate of Facility deliveries, at 22% of all deliveries in the state, and the high rate of maternal and child mortality, is frightening and calls for swift intervention.

Hon. Duba added that the Ministry will partner with BYSEMCHIC in a robust way because the public needs to be aware of the poor indices and take necessary steps to correct it, in order to prevent needless deaths in the future.

He said the centre should set up a team to speak on radio and television stations in the state, to advise the public against actions that endanger their lives and also give them opportunities to take advantage of the high impact intervention programmes of government geared at saving their lives.

Speaking on the Conditional Cash Transfer to pregnant women in the state which was started during the previous administration, he said women should not be motivated by money to do what is right and what will safeguard their lives and those of their children.

He further charged the Permanent Secretary of the Ministry, Mrs. Jane Help Yaweh to liaise with the appropriate media stations and ensure the centre gets free airtime to facilitate their activities. Speaking on behalf of the Executive Secretary of the Bayelsa State Primary Healthcare Board, (BYPHCB), Dr. Martins Bekesu, the Convener/Programme Manager, BYSEMCHIC, Mrs. Happiness Massa said out of one hundred thousand women who get pregnant in the state annually, only about 22% deliver in Health Facilities.

She said challenges of primary healthcare in the state include poor facilities, lack of medical professionals, and limited access to health facilities regarding maternal, newborn, child, adolescent health and nutrition.

Mrs. Massa noted that there are seven high impact strategies BYSEMCHIC has come up with to solve the issues on ground and provide better access to health facilities and treatment across the state especially at the grassroots.

She stated that transport services in the wards and communities are crucial to get women in emergency situations speedy transport to the next level of care, saying they also plan to have a Community targeted approach using the Community Health Influencers, Promoters and Services (CHIPS) Programme.

She thanked the Commissioner for his support and looks forward to a fruitful partnership with them which will result in lower maternal and child mortality. 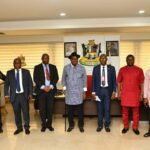 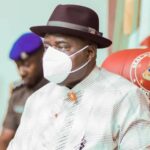