Bayelsa State Government has again reminded corporate organizations operating in the state of the need to honour the local content policy in the execution of projects.

The Deputy Governor, in a statement by his Senior Special Assistant on Media, Mr. Doubara Atasi, averred that most of the challenges militating against the smooth execution of projects would be avoided, if the policy is adhered to by companies.

He also noted that the good intentions of government may not materialize if all parties involved fail to harmonize their interests for the purpose of development and sustainable prosperity.

Senator Ewhrudjakpo asserted that the role of local content must be clearly negotiated, particularly in the area of youth engagement in the implementation of government projects.

To this end, a five-Member Committee headed by the Deputy Chief of Staff, Deputy Governor’s Office, Barr. Tesufa Alex Dumbo, was constituted to look into the demands of the Epie Youths and claims made by the Company.

Other members of the Committee include the State Commissioner for Works and Infrastructure, ESV Moses Teibowei, his Youth and Sports counterpart, Mr. Daniel Igali, and the Governor’s Technical Adviser on Conflict Resolution, Chief Boma Spero-Jack and his counterpart on Special Duties, Barr. Perekeme Richard Perekeme.

The Deputy Governor, Senator Lawrence Ewhrudjakpo, also used the opportunity to advise the youth of Epie-Atisa to be reasonable in their demands as the present administration is in a hurry to give the state capital a befitting facelift.

His words, “In my opinion, most often than not the things we demand that make us to stop work are not as important as the benefits lying ahead of us. So, we want to again appeal to our youths to always see the bigger picture.”

I want us to legitimize our demands. For instance, if they have not employed anybody from our area, that is wrong because the local content policy says almost all the junior staff should be drawn from the catchment area.

“So, if they are now bringing all the chain men, peggers, Waterboys, carpenters and other labourers from outside to do all the works, then that is not acceptable. So, to the company, I strongly advise they should obey the local content policy.

Also speaking, the Member representing Yenagoa Constituency One in the state House of Assembly, Hon. Oforji Oboku, urged both parties to bridge the communication gap between them for a better working relationship.

While stressing the need to embrace peace, Hon. Oboku called on the construction company not to play hide and seek game with their host communities as it can be counter-productive.

On his part, the State Commissioner for Works and Infrastructure, ESV Moses Teibowei, pointed out that his ministry has always liaised with the leadership of the Igbogene community before taking any decision in terms of youth engagement.

ESV Teibowei said he has been very careful not to interfere in issues that would impair contractors from executing their jobs according to specifications and desired quality.

Also speaking, the Site Manager of Lubrik Construction Company, Mr. Hadi Chehade alongside the Project Engineer, Mr. Ralph Jreij, noted that 85 percent of the workers engaged in the project were employed from the affected Communities. According to them, since the construction of the Igbogene-AIT Road Project is being done in phases, the employment of labourers will also be in phases, adding that the Company has already engaged a Bayelsan as its Community Liaison Officer.

In his remarks, the President of Epie Atisa Youth Council, Comrade Inatimi Timothy, said their demand is for the youth to be given their pride of place in the area of employment and security to ensure seamless execution of projects in the state capital.

Mr. Timothy, however, appealed to the state government not to see them as saboteurs as being speculated in some quarters but as partners who want the best for the Prosperity Administration. 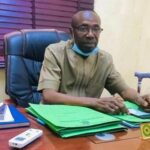 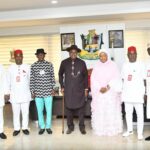