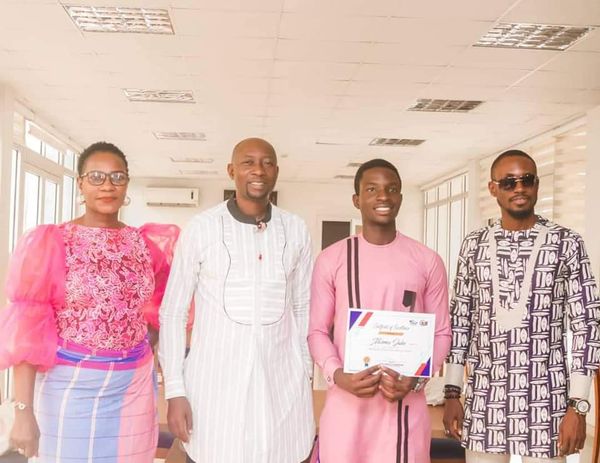 Winners of the 8th edition of the Online Essay Writing Competition for Undergraduates of Bayelsa State origin, organized by the office of the Director, New Media to the State Government have been presented with their prizes.

The quarterly online contest with the theme, “A New Bayelsa: Onward Together; had sixty-five entries from various institutions across the country with a 500-level student of Medicine and Surgery at the Niger Delta University, Mr. Ndiomu John Miebife, emerging overall champion.

In an address, Director, New Media to the Governor, Dr. Kola Oredipe, who described the topic “A New Bayelsa: Onward Together” as apt noted that it was inline with the prosperity administration’s drive of changing the educational narrative of the youths through the essay competition.

Dr. Oredipe, who expressed joy that undergraduates of Bayelsa state origin have keyed into the programme to better their lot and contribute to the development of the state, noted that it would add real value to their lives.

Expressing joy that the programme was yielding the desired results in line with the governor’s passion of building the capacity of youths, the governor’s aide encouraged winners to go beyond writing and be good ambassadors of the State.

Describing education as the bed rock for a better society, the Media aide to the Governor hinted that the prosperity administration was making determined efforts to impact positively on the lives of young Bayelsans through sound education policies.

He appreciated Governor Douye Diri for the continued support and pledged for the sustenance of the programme that has connected the young Bayelsans to the Prosperity Administration.

In a remark, the lead judge, Dr. Sophia Obi, who described the online essay competition as laudable, noted that it had given undergraduates the opportunity to participate in governance.

Dr. Obi appreciated the governor for sustaining the programme through the office of the Director New Media and said the programme has also given participants the leeway to research more on issues about the agenda of prosperity administration such as history and culture.

While stressing that those who made the final list were carefully selected based on the criteria set by the Judges, she advised future participants to always adhere strictly to the rules and regulations outlined such as spelling, grammar clarity of expression among others.

On his part, one of the judges, Mr Ikiemoye Iniamagha, encouraged participants to develop themselves as well as take-up higher responsibility in order to be great in their chosen endeavours.

Mr. Iniamagha thanked the DG for using the platform to encourage youths participation in governance and appealed for it sustenance.

Responding, the overall winner of the 8th edition of the online competition, John Ndiomu, who called on undergraduates to take the competition seriously, lauded Dr. Oredipe for initiating the programme.

Ndiomu, also appreciated Governor Diri for providing the needed support stating that the cash rewards would assist them in addressing some of their educational challenges as well as spur them to research more.

Here is the winning essay:

Course of study: Medicine and Surgery

A NEW BAYELSA: ONWARD TOGETHER

Bayelsa state since its creation 26 years ago by the General Sanni Abacha’s regime is yet to realize its ‘Glory of All Lands’ status. This is because the state lacks most of the infrastructures that are characteristics of developed states in the country.

One reason it has taken us this long to get to that promised land of our dreams was the lack of continuity mindset by some of the previous administrations.

Everyone was putting his personal interest above that of the fledgling Ijaw state and nation. The result was a stalled growth and development, with a lot of abandoned and uncompleted projects. In fact, some of those abandoned projects happen to be viable road projects that if completed would have linked up remote communities to the capital city.

However, all these had to change when Senator Douye Diri saddled the mantle of leadership in Bayelsa State two years ago. He changed the status quo by being the first Executive Governor to advocate and promote a continuity policy. This has been evident in his unrelenting effort to continue and complete some key projects started by previous administrations. Notable among these are resumption of some road constructions, including the Phase 2 of the Glory Drive Road from Igbogene; the 89km Sagbama-Ekeremor road; and the 38km Yenagoa-Oporoma road.

Other developmental projects include the construction of the New 4.5km Igbedi community road in KOLGA, and the building of the Unity Bridge connecting Ogbolomabiri and Bassambiri communities in Nembe LGA. Aside from road infrastructures, the Governor has also focused on other key areas such as Agriculture and Health.

While the Governor and his team are working towards achieving a prosperous and economically transformed state, they can not do it alone. The citizens of the state need to work together and contribute their quota to support the government’s effort. The Governor made this clear when he said “As a government, we cannot do it alone. We will fall back on you to carry out the plan so that in the end, any governor who comes does not deviate from the development plan of our dear State.”

Therefore, everyone irrespective of his/her political affiliations, is encouraged to unite and work with the current administration to achieve a new Bayelsa. 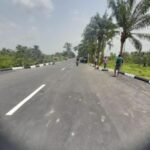 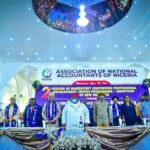