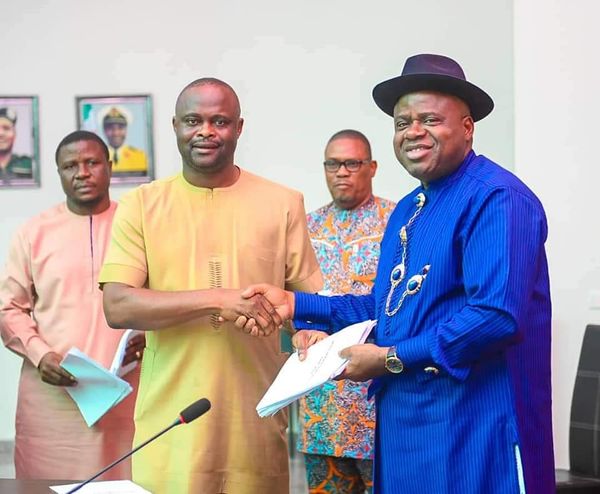 … commends The Lawmakers, describes them as dynamic, prolific, competent

His Excellency, Senator Douye Diri, Governor of Bayelsa State has commended the leadership of the Bayelsa State House of Assembly (BSHA), led by the Speaker, Rt.Hon Abraham Ingobere over the passage and presentation of three (3) bills for his assent.

One is the Multi-door Bill 2022, which has been signed into law today, which dwells on Alternative Dispute Resolution (ADR), and as we all know, that our courts have always been inundated with matters and the judiciary itself is the advocate of the ADR, the Alternative Dispute Resolution, and our state is standing again very tall on the ADR. The other time I visited the Multi-Door Court that has gone so far in the judicial premises, and in no distance time, I am sure that the court will be completed, equiped and will render services to ensure that disputes are resolved amicably through the approach of the ADR.

Again, the other law has to do with the Customary Court Appeal Amendment, which has a few sections that were amended and the Customary Court Law which again, is a new law being introduced to our judicial system, and as we all know, we are all Ijaws, we have our own way of doing something which were not documented, so this law is another innovation to our customary dictionary that will resolve these customary issues that have been lingering, this law will also protect the rights of the female gender.”

~Senator Douye Diri, Governor of Bayelsa State, speaking at the 70th State Executive Council meeting, as he gave his assent to three bills presented to him by the leadership of the State House Assembly, led by the Speaker, Rt.Hon. Abraham Ingobere. 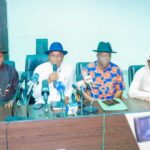 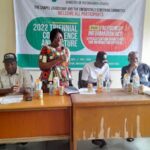