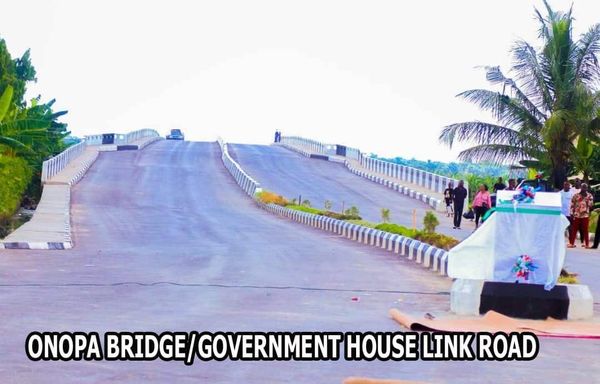 OUR PROJECTS NOT SHROUDED IN SECRECY – BAYELSA GOVT

We have read the scurrilous claims, circulating largely online, by a chieftain of the All Progressives Congress (APC), Chief Perekeme Kpodoh, against the government of His Excellency Senator Douye Diri.

In the report, Chief Kpodoh alleged that the cost of projects being executed by the Bayelsa State government was shrouded in secrecy and that the contractors were unknown.

One leg of this claim is laughable. Contractors and even consultants involved in a road or building project are often displayed on boards at project sites. Only those with ocular issues or bent on mischief cannot see them.

The road, building and other projects undertaken by the Governor Diri administration, which Kpodoh could not deny, are clearly visible and not done under the cover of darkness. But, importantly, these projects are transformational and positively impacting the lives of Bayelsans across the three senatorial zones of the state.

The cost of these projects are also readily available and not hidden. As a government founded on openness and transparency, after a project is approved by the state executive council at its meeting, the Information Commissioner alongside his colleagues from the relevant ministries brief the media. During such sessions, the necessary details are disclosed, including the cost.

So, it is perhaps only Kpodoh and his band of political mischief-makers that do not know that, for instance, a big-ticket project like the Yenagoa-Oporoma road, a long-neglected federal government project before the immediate past administration revived it, is 22.2km. This information is even displayed by the construction firm, China Civil Engineering Construction Corporation, CCECC.

It is equally common knowledge that this project, which will link Oporoma, the riverine headquarters of the Southern Ijaw Local Government Area by road and bridges for the first time, would cost the Diri’s administration N31.1bn for the 24-month duration of work.

The ongoing project has already been asphalted close to Angiama while the beams of the bridge across the river at Aguobiri were laid only a few days ago. Unfortunately, Kpodoh derisively describes the reaction of joy and excitement to this project by people of these communities as the celebration of “Government House Data Boys.”

It is just as disappointing that despite being in government previously, Kpodoh does not know the difference between flag-off (in our local parlance), which is to commence a project, and the inauguration of a project (when it is completed). So, Vice President Yemi Osinbajo actually flagged off (again in our local parlance) the construction of the Angiama-Oporoma bridge project on February 19, 2022 and he did not inaugurate an uncompleted project as Kpodoh claimed.

Another significant project is the 42km stretch of the Sagbama-Ekeremor road, with five of the seven bridges built from the scratch by this administration. Already, the asphalting of the road has reached Ayamasa community in Ekeremor Local Government Area.

The duration of this project being constructed by Setraco is 24 months at a cost of N34.486bn.

Work is also ongoing on the 21km Igbogene-Elebele dual carriage road, which will gulp N54.556bn in 24 months. It is being handled by Lubrik Construction Limited.

The Governor said at the inception of this administration in February 2020 that it would focus on a single lane of this project in his first term due to paucity of funds. Consistent with this promise, the administration under one year completed the first phase between Igbogene and Okarki and it was inaugurated in February this year. Work is progressing well on the other portion of the road contrary to Kpodoh’s claim that the government only inaugurated a single lane substandard and uncompleted project.

This government equally revived the historic Nembe-Brass road, which was conceptualised almost 70 years ago during the colonial era and had been neglected by several administrations at the federal level. This 21km project with 10 bridges across swamps and mangrove areas will cost the state government N54.013bn in 24 months with the contract awarded to Setraco.

Huge funds are also being deployed in constructing the 10.2km Glory Drive from igbogene to Onopa with the road already linking the Tombia-Amassoma road. The sum of N22.840bn is earmarked for this project being undertaken by CCECC.

Apart from the ongoing work on the second phase of the Isaac Boro Expressway by Julius Berger, the administration has also built the Bayelsa Health Insurance Scheme complex at the cost of N665m with the job done by a local contractor, Voltron Global Links Services Limited.

This government is currently executing several other projects that are of significance to Bayelsans. In consonance with the state’s Transparency (Income and Expenditure) Law, it has regularly held the transparency briefings. Through this channel, people of the state are given updates on the state’s revenue and expenditure profile. In contrast to Kpodoh’s allegation, the government has not neglected this critical feedback channel and at the moment, it is up to date with the briefings.

The government is convinced that its actions are in the best interest of Bayelsans and the furtherance of the state’s developmental goals. Only a government committed to bringing pride and glory to the state, rather than ridicule, will embark on these and other impactful projects.

The Brutus of Bayelsa politics has an infamous reputation of attacking every administration in the state the moment he falls out of favour. His key weapon is a recourse to blackmail once his demands are ignored. His current posturing as a patriotic Bayelsan is consistent with his pattern.

This government believes in free speech and has shown the capacity to accept constructive criticisms. But it will not submit to blackmail and the pressure to fritter away the resources of the state under any guise.

Governor Diri, so far, has graciously bent over to accommodate Kpodoh and given him succour when necessary. In appreciation, the same man has written tonnes of commendation messages about the governor. Early this year, he called on Bayelsans to join him in thanking the governor for picking his medical bills when he was ill and required surgery.

This government also clearly understands that Bayelsa at 26 is still work-in-progress. And it is committed to playing its part in significantly changing our developmental narrative. In just two years and eight months, this administration has made remarkable and undeniable progress. Only those who wallow in ignorance and mischief will not see that we are no longer where we used to be. 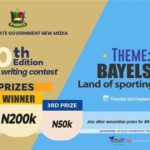 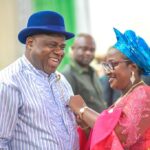