His Excellency, Gov. Douye Diri of Bayelsa State has just signed into law the 2021 budget of N329,029,043,669 naira.
Gov. Diri, thanked the leadership and members of the State House of Assembly for the expeditious passage of the appropriation bill presented to the lawmakers last month.
“I laid before you on the 26th November an appropriation bill of N290,295, 465 423 and now you have used your own parameters to raise the figure to N329,029,043,669 naira in the interest of our people. This shows synergy between the executive and the legislative arms” , Gov. Diri stated.
The Speaker of the State House of Assembly, Rt. Hon. Abraham Ingobere, presented the appropriation bill for the Governor’s assent. 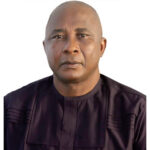 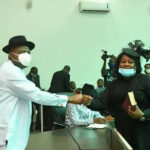