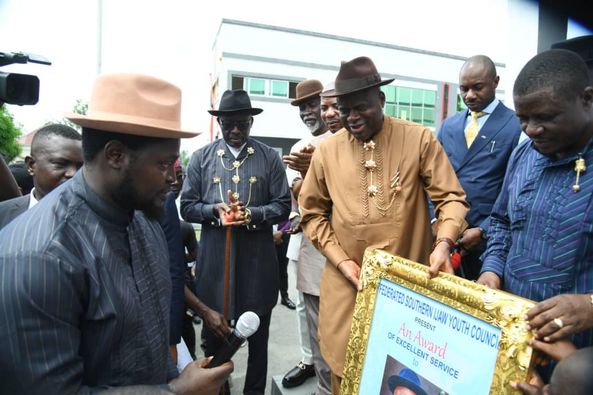 ….as the people appreciate him for developmental strides in the LGA

They were in Government House to thank the governor for his developmental strides in the Local Government Area, especially the ongoing construction of Yenagoa-Oporoma-Ukubie road which has reached Angiama community.

The youths who had earlier gone on tour to the road project, also visited the ongoing construction of the bridge linking Oporoma, headquarters of Southern Ijaw Local Government Area.

They gathered at the Government House gate on a solidarity to thank the governor while the Council of Chiefs were received at the governor’s conference room.

Governor Diri while addressing the Chiefs and Youths said the priority of Bayelsa and the government is to link the riverine communities by roads.

The governor thanked the people of Southern Ijaw for standing by the government, and making sure that the road construction does not stop. He particularly thanked the leader of the state House of Assembly, Rt. Hon. Monday Obolo and immediate past chairman of Southern Ijaw LGA, Hon. Kia Nigeria, for the role they played in making sure no group disrupted the road construction.

He further urged the people to shun violence, stating that without peace, there can be no development.

“My dear people, we are humbled by your visit. I know that part of what was of concern to the people of Southern Ijaw people was that road, because alot of them believe that it is only when a son of southern Ijaw becomes a governor, that road can be done.

As the pioneer National Organizing Secretary of the Ijaw National Congress, I have travelled the length and breadth of Ijaw Nation, and I know what our people are going through. I don’t need to come from Southern Ijaw to construct a road there, that’s why I am proving a lot of them wrong”, Governor Diri stated. 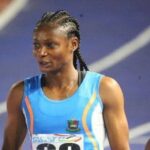 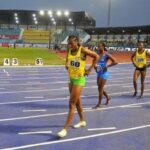