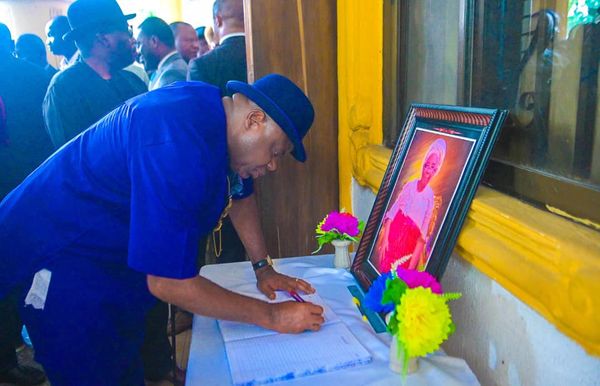 … describes mama Igali, as a woman of wisdom

Mama Patricia Igali was 84years until her death.

Speaking during the condolence visit at Igali’s residence in the Opolo area, Gov. Diri said that Mrs. Patricia Igali was a quintessential mother and a woman of wisdom.

“The Excellency, the Ambassador and the Igali family, we are here as your government, the government of Prosperity headed by me and my Deputy today, to come to pay this condolence visit to you and your family, upon the death of a quintessential mother, a mother that we can only regard with Proverbs 30, a woman of wisdom.

I had my personal interactions with her, I can rightly say, I’m one of her children. I think that even at 84, she was not ripe enough to die, we would have wished that she was still with us for a hundred years plus, and we know the pains that you feel even at this alleged ripe age of 84years.

As your government sir, we can only say, may the Lord grant you and your family the fortitude to bear this irreplaceable loss”, Gov. Diri stated.

Those who accompanied the Governor were, the Deputy Governor of Bayelsa State, Senator Lawrence Ewhrudjakpo, Speaker of the Bayelsa State House of Assembly, Rt. Hon. Abraham Ingobere and other members of the State Assembly, State Executive Council members and other top government functionaries. 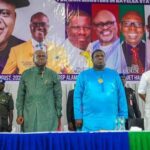 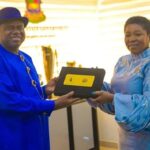