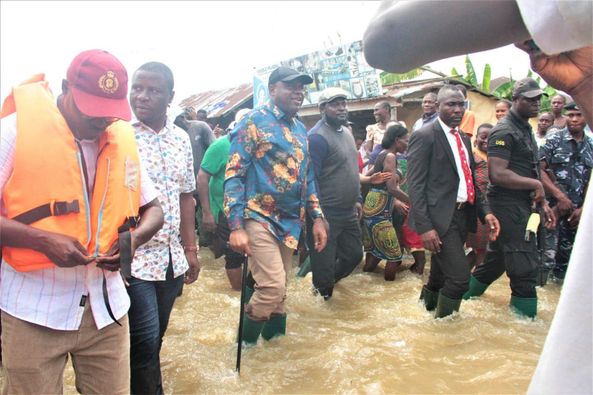 Three weeks ago, he was playing a noble role of preparing to join the national leadership of his party, the Peoples Democratic Party (PDP) for the Presidential campaign which kicked off in Uyo, Akwa Ibom State.

Today, he is leading the people of Bayelsa State to confront the humanitarian disaster caused by the fearsome flood.

Governor Douye Diri, in the last few weeks, in his usual mien has shown capacity, calmness and care during the worst flood disaster that has severe the fabrics of human, capital and infrastructural posture of Bayelsa and other affected states.

On many occasions, he has personally visited affected communities and Internally Displaced Persons (IDP) camps in the State and with the same message “God shall see us through”.

He has consistently assured the people of the State that the government will stand with them even after the state come out of this disaster.

Gov. Diri also during the assessment visit to the Otuoke community, hometown of former President Goodluck Jonathan in Ogbia Local Government Area, assured the aged mother of the former President, Madam Eunice Jonathan that the state government was with her and the people of Otuoke, an assurance many now believe to be dear and sincere to his heart.

This was the same assurance he gave when the controversial attempt to hijack the Atala Marginal Oilfield owned by the State Government.

At the end, and without shouting match with anyone, the Senate, following the directive of President Muhammadu Buhari, ​to meet the expectation of the state government and the Bayelsa people, by restating​ the position of the government that the oilfield is a prized asset of the State and that the people are sentimentally attached to it.

This was the same bold and steady style of leadership that Governor Diri adopted during the deadly experience with Covid-19 pandemic. Bayelsa and its people came out of the pandemic safe, stable and strong unlike some others states.

At this moment of flood tragedy, thousands of victims of the ravaging flood, and those outside the state, have watched in awe at the dexterity of Governor Diri in responding to the emergency situation along with members of his team and stakeholders in the state.

Instead of waiting endlessly for the Federal Government support, which may come after the flood recede, IDP camps have become place of consolation with State Government recognizing and catering for all Bayelsans. This covers even non-natives resident in the State.

The message of hope and steadfastness from Gov. Diri, is a clear display of a head-spinning transformation of a man whose job is to lead his people out of troubled moments.

The ravaging flood and many other tested moments in about three years life span of the present administration have shown him to be a man the people can trust if Bayelsa faces any grave challenge.​

Right thinking social commentators and critics in the State are now convinced that the Bayelsa State Government is committed to providing comfort for citizens who are at various Internally Displace Persons (IDP)Camps established to accommodate victims of the unprecedented flood which has ravaged over 300 communities and rendered over 700,000 individuals including; children, women and the aged, homeless.

In the words of the State Commissioner for Environment and Chairman Bayelsa State Flood Mitigation Committee, Mr. Iselema Gbaranbiri, more than four thousand displaced individuals are being camped at the Oxbow Lake camp alone adding that: “Whatever we are doing here, is being is being replicated at the Igbogene camp and other camps.”

He added: “Medical services have been provided. We are providing food and we have our sanitation unit that is cleaning the camp daily. We ensure that there is lighting. The government of Senator Douye Diri is passionate about the people and we have an obligation to stand for them in time of crises and challenges.”

The Environment Commissioner added that relief materials including food items have also been distributed while the second phase of distribution will soon take place, while mobile clinics are going around the state to attend to medical emergencies.​

He called of relevant Federal agencies to hasten the implementation of President Muhammadu Buhari and come to the aid of the victim in order not to fester the feeling of neglect by the central government among the displaced persons. “We need Federal Government urgent intervention” he added

Also speaking the Bayelsa State Commissioner for Information Orientation and Strategy, Hon. Ayibaina Duba also called on the Federal Government to take urgent steps at preventing future flood by building dams and dredging the River Niger in order to contain​ from the Cameroon dam whenever it occurs​.

Hon. Duba appealed to​ ​ residents of the flood ravaged state to desist from building on water channels, stating that disregard for natural water channels contributed to the current flood situation in the state.

Duba said: “We call on the Federal Government to do something about this flooding. They said it was the dam in Cameroon that is causing it. Let them do something to contain the water when Cameroon realizes the water. If they are to build reservoirs, let them build, because we have come to realize that all the water empties to us”.

He also called on the populace to be conscious of the environment and ensure proper disposal of refuse, saying that most drainage systems in the state were discovered to have been blocked by refuse including discarded plastic bottles and polythene bags. 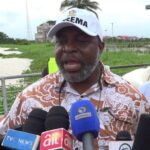 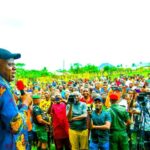