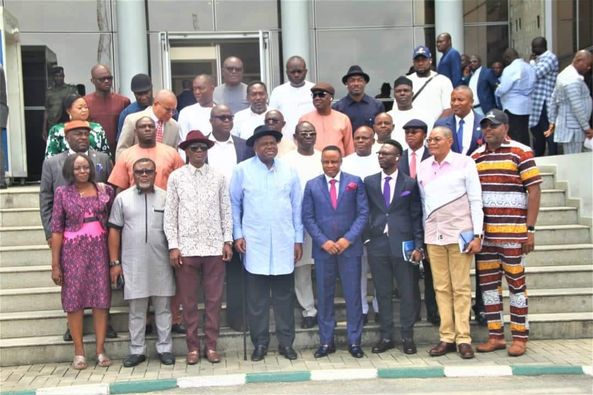 Some of the abandoned projects include the Angalabiri-Ebedebiri-Toru-Orua shore protection project captured in the commission’s 2020 budget, the Sabagreia-Polaku bridge as well as the Akenfa bridge among others.

The Bayelsa governor noted that the non-collaboration of the commission with catchment states that would advise on priority projects has led to duplication and abandonment of projects.

Diri also called on President Muhammadu Buhari to constitute without further delay a substantive board for the commission in accordance with its enabling Act, saying its absence was hindering the commission’s operations.

Diri, who stressed that the interim administrator’s arrangement was alien to the Act and unacceptable to governors of the Niger Delta, noted that the commission had not been able to meet its mandate because of the absence of a substantive board.

Describing the NDDC as an interventionist body created to fill the developmental gap in the Niger Delta, Diri said the governors have also been robbed of their advisory role, which would have enabled the board embark on people-oriented projects in the region.

He expressed his administration’s preparedness to work with the commission to foster development in the state.

His words: “The NDDC has a lot of abandoned projects in Bayelsa State. From reports, we have over 1700 projects that are dotted all over Bayelsa State. I know that is not healthy.

“I like to at this juncture, again, appeal to President Muhammadu Buhari to constitute a substantive board for the NDDC according to the Act setting it up.

“The NDDC was conceived and established as an interventionist body to fill developmental gap. We cannot accept these policy summersaults that make our development to suffer.

“The interim arrangement has become the norm rather than the exception. That is totally unacceptable to us as governors of the Niger Delta states.

We have a very huge stake according to the Act establishing the NDDC and that role is not being played. With the interim administration, there is no board for us to advise.

“There must exist a synergy that will profile these projects before they are conceived. NDDC was not to go into every nook and cranny of states in the region. It should be looking at very large projects, sometimes inter-state projects with mutual agreement and cooperation of the state governments.

“It is my belief that collaborating with the NDDC will create a more robust impression and leave a lasting legacy for our people and generations yet unborn. The NDDC must continue to work closely with governors in the nine states to ensure synergy and avoid duplication of projects and activate the powers of the governors in the board in line with section 2 of the Act establishing it.”

He emphasised that he was against the scrapping of the NDDC but that rather it should be rejigged to enable it meet its functions.

The governor also appreciated the interim administrator for the donation of a 1000KVA generator and a coaster bus to the state-owned Niger Delta University as well as four waste disposal trucks to the state government.

Earlier, Dr. Akwa Effiong appreciated the governor for his developmental strides, saying he had done well within the short period in office.

He expressed the preparedness of the NDDC to collaborate with the government on construction of the age-long Nembe-Brass road project that the state had undertaken. 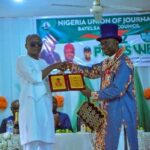 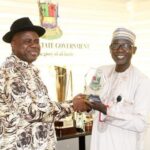