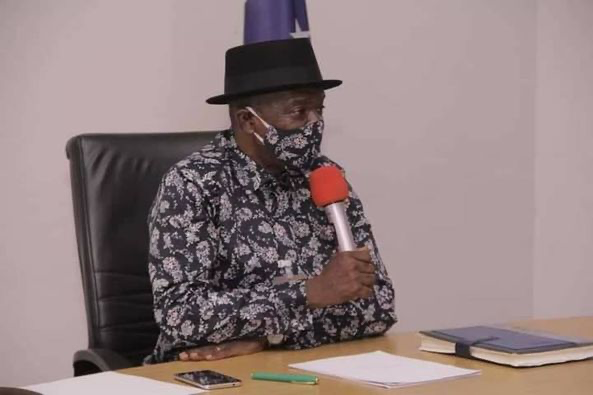 … CALLS FOR INPUTS FROM TRADITIONAL RULERS, OTHERS.

The state Deputy Governor, Senator Lawrence Ewhrudjakpo, who disclosed this during a meeting with traditional rulers from Southern Ijaw Local Government Area of the state, said the review has become necessary to promote peace and development in the various communities.

According to a press release by the Senior Special Assistant to the Deputy Governor on Media, Mr. Doubara Atasi, Senator Ewhrudjakpo noted that the existing Chieftaincy and Community Administration Law has certain lapses that need to be addressed.

Senator Ewhrudjakpo assured the people of Southern Ijaw and other communities in the state that government is concerned about their welfare and will stop at nothing to ensure that they get what is due them both from government and companies operating in their areas.

The state number two man called on traditional rulers to identify basic social amenities needed in their areas and furnish his office with same for government to take necessary action within limits of available resources.

He also stressed the need for communities to involve government in the preparation and signing of Global Memorandum of Understanding (GMOUs) with companies operating in their areas to avoid the problems usually associated with the implementation of such agreements.

Senator Ewhrudjakpo frowned at the situation whereby GMOUs are signed without government’s involvement but brought to the attention of the state government only when conflicts arise.

As part of efforts to secure the communities, the state Deputy Governor also urged traditional rulers to provide registers for visitors to enter their identity and purpose of visit to any community for easy monitoring.

He noted that the prosperity agenda of the current administration would be impactful only when there is peace and security, and therefore called for cooperation between government and traditional rulers to enhance security in the state.

Senator Ewhrudjakpo promised to make the meeting with the traditional rulers on a local government by local government basis more regular to cross-fertilize ideas on peaceful coexistence and community development.

His words: “You can be sure that as a government the interests of our communities are paramount to us and we will always protect them. My thinking may be different from yours but when we cooperate, we can achieve success together.

“Going forward, we are going to look at how we can work together in ways that will be mutually beneficial to both the communities and state government. One issue that is causing problems in our communities is the poor implementation of GMoUs by the oil companies.

“From our experience, I don’t think I need to stress the need why government should be involved in the signing of GMOUs with IOCs. Government is here to protect your interest. So going forward, government will play a role to protect the interest of our communities.

“To promote development and peace at the community level, we have resolved to review the existing Chieftaincy and Community Administration Law to address some of the lapses we have observed.

So, we will need inputs from the traditional rulers and other stakeholders for the amendment of this Law. For now, as part of our security measures, every community should have a visitor’s register to monitor the movement of people to and from the communities.”

In his remarks, Secretary to the State Government, Konbowei Benson, lauded traditional rulers for their support and urged them to continually cooperate with government for better service delivery.

In their separate presentations, Commissioners for Health, Information, Mineral resources, Agriculture, Justice and Attorney General of the state, all highlighted the strides of government in their various ministries and called on the royal fathers to show greater support for government to succeed.

Taking turns to speak, the traditional rulers including the Ibenanaowei of Bomo Clan, King Joshua Igbugburu, commended government for the meeting and called for its sustenance to move the various communities and the state forward. 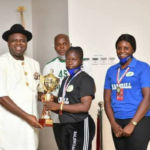 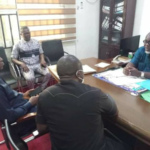 Next:
MATCHING WORDS WITH ACTION..