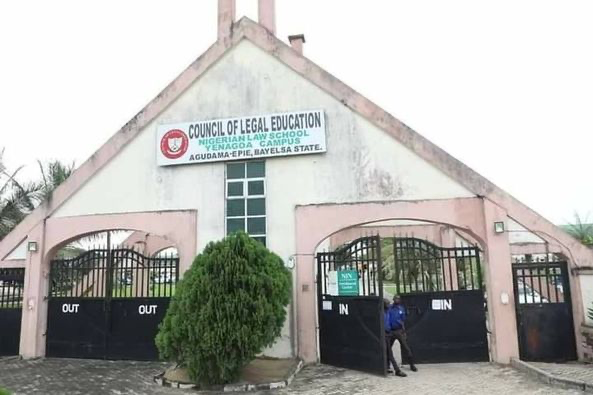 Bayelsa State Government has kicked against efforts aimed at unifying the judicial system, arguing that such arrangement will not protect the interest of minorities in the country.

The state Governor, Senator Douye Diri made this known on Friday at the flag-off of the construction of hostels and auditorium buildings awarded by the Rivers State Government at the Yenagoa Campus of the Nigerian Law School.

Represented by his deputy, Senator Lawrence Ewhrudjakpo, Governor Diri made reference to the ongoing strike action by judiciary workers, which he noted was negatively affecting all the states, including those who had already granted the autonomy being sought for.

While supporting the call for devolution of power, he also stressed the need for state governments to be given the constitutional responsibility of handling labour issues in accordance with their peculiarities.

Governor Diri, who thanked his Rivers counterpart, Chief Nyesom Wike for playing a complementary role in the development of the law school campus in Yenagoa established by the Federal Government in 2011.

He, however, lamented that the Federal Government had not done much in terms of infrastructural development of the institution and therefore urged it to turn a new leaf in the interest of the students.

His words; “These projects ought to be Federal Government projects. The campus and almost all the facilities you are seeing were provided by the Bayelsa State Government since 2011. So we want to profusely thank our sister state for joining hands with us to develop this institution.

“We are happy for your right hand of cooperation and fellowship even as we call on the Federal Government and those of us from the South- South to nurture this campus to become a reputable citadel of learning.

On judicial autonomy, he said, “A system that is self-contradictory will not succeed. Courts have been on strike for no fault of the states. Rivers State and Bayelsa have implemented the autonomy of the judiciary. The idea of devolution of powers that make labour issues state-oriented will be pursued.

“We also do not agree with the unification of the judiciary. We believe it will not be in the interest of those of us in minorities. The states should be allowed to manage our judiciary.

“We will not support the idea that monies will be deducted from states and managed by someone in Abuja and funds will come to us as handouts. It will not benefit us at all,” he added.

In his remarks,the Rivers State Governor, Chief Nyesom Wike stated that he was motivated by his love for his people and legal education to embark on the projects.

According to Governor Wike, about 5 billion naira will be spent in the construction of the two hostel blocks and a multipurpose auditorium with 1500 sitting capacity to address the infrastructure deficit in the school.

Earlier, the Attorney-General of the Federation and Minister of Justice, Mr Abubakar Malami (SAN), appreciated Governor Wike for embarking on the project, which he noted, would help create an enabling environment for learning.

Represented by the Solicitor General of the Federation, Mr Dayo Akpata, the justice minister noted that, the existing law school campuses could only accommodate six thousand candidates out of more than ten thousand students who seek for legal education yearly.

He therefore called on other state governors to emulate Governor Wike in providing adequate infrastructure for the law schools.

Others at the event were the Director General, Nigeria Law School, Prof. Isa Hayatu Chiroma and former Attorney-General of the Federation, Mohammed Adoke and top government functionaries from Rivers and Bayelsa States. 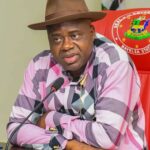 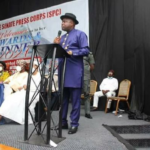