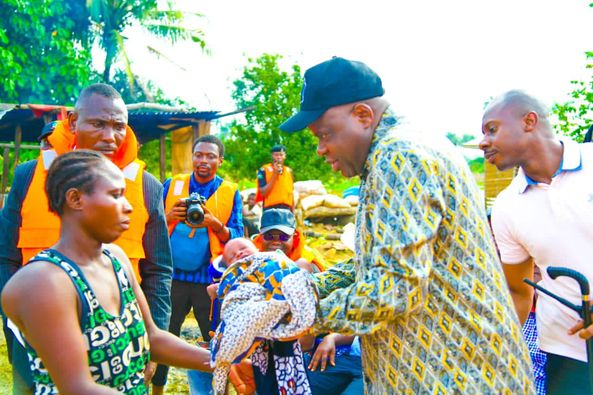 … commiserates, donates cash gifts to them

Bayelsa Governor, Senator Douye Diri yesterday again visited flood-affected communities in Sagbama Local Government Area to commiserate with them as a result of the ravaging flood that has affected their communities.

At the Osekwenike community, one death was recorded and birth of two new babies, hence, the Governor gave each of the babies N200,000.

“I like to commiserate with you for the death of one of us and I have just directed that we should have the details of the person we have lost here in this community.

And I also congratulate you for the birth of the children, the flood children. For two of them, each of them will go with N200,000,” Governor Diri stated. 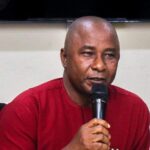 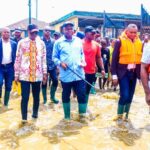