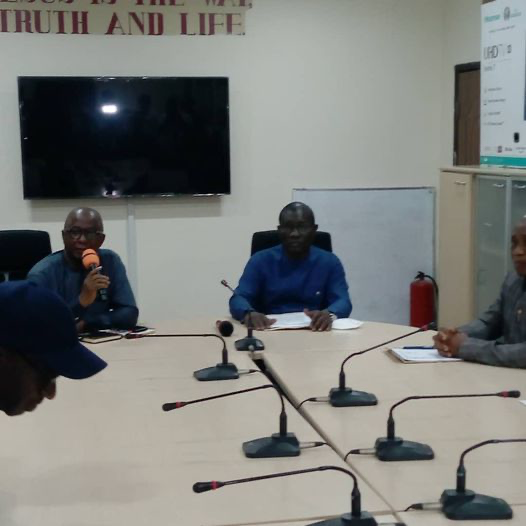 Bayelsa State government has said deductions amounting to N11.678 billion by the Federal Government from its monthly revenue allocation over disputed oil wells with sister states were illegal.

The Technical Adviser to the Governor on Finance, Revenue and Accounts, Mr. Timipre Seipulou, stated this on Thursday while responding to questions from journalists after the state’s transparency briefing for the months of March and April 2021 in Yenagoa.

He said although a lower court had ruled over the matter, the Federal Government should have allowed all the legal processes to be exhausted before making such deductions.

Seipulou, who noted that the state government had protested over the issue to no avail, said N939.865 million was being deducted monthly from the Bayelsa government’s allocation, which payment is spread over a period of one year.

His words: “The N11 billion deducted is the fund we were earning from statutory and derivation allocations. But now we have legal issues with our sister states where some oil wells are being contested.

“The Bayelsa government had made its objection very clear but because the Federation Accounts Allocation Committee (FAAC) allocations are distributed from Abuja through the Revenue Mobilisation Allocation and Fiscal Commission (RMAFC), they took the decision to deduct our money. It is a decision we are not comfortable with.”

Seipulou also made some clarification over the payment of staff and teachers in Ogbia local government council, stating that the state government for the past three months has been collaborating with the council to pay workers’ salary, including ensuring that promotions were effected up to date.

Other receipts were foreign exchange equalisation N221.4 million and ecological fund N57.77 million among other items.

The governor’s aide also announced N1.998 billion as total deduction from FAAC made up of foreign loans to federal government recovery N35.91 million, refund on N11 billion from Bayelsa allocation N939.865 million among other components, leaving the state with a net inflow of N8.5 billion.

He said the internally generated revenue from February was N1.19 billion in addition to other receipts of N20 billion totalling N21.19 billion.

According to him, the total receipts of N21.19 billion in addition to the net FAAC inflow of N8 billion came up to N29.25 billion in March.

He said out of the N29 billion balance, total outflow gulped N11 billion leaving a total net receipt of N17.69 billion, excluding capital and recurrent expenditure of N9.92 billion, which left the state with a balance of N7.77 billion.

According to him, the balance brought forward from February was N6.86 billion, which gave a balance of N14.62 as of March.

In April, he said total receipts stood at N12.909 billion while total FAAC deduction came up to N1.65 billion.

Seipulou noted that IGR of N1.26 billion was received amounting to a balance of N13.113 billion.

He said total payments were N8.48 billion, leaving a balance of N4.621 excluding capital and recurrent payments of N6.82 billion with a deficit of N2.19 billion.

He further stated that the deficit balance was covered by the balance of N14.62 brought forward from March, leaving the state with a closing balance of N12.432 billion. 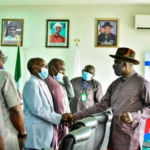 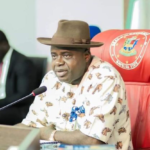